Imelda forces Kingwood couple to restart repairs from May flood 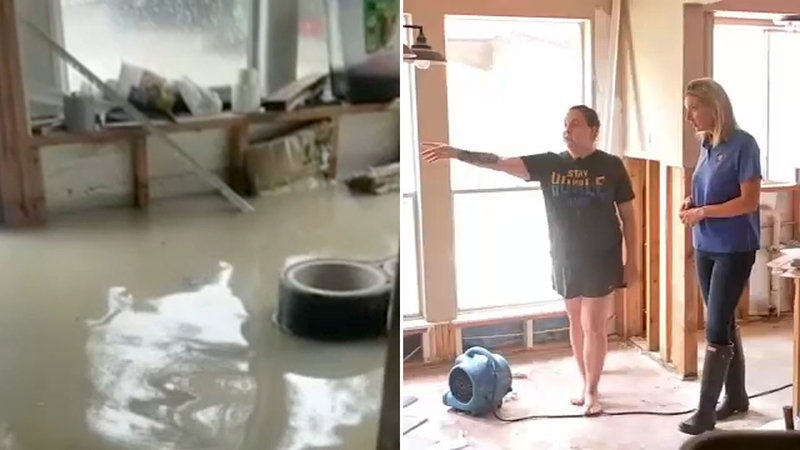 Imelda forces couple to restart repairs from May flood

On Monday, with the water receded, her home was stripped of dry wall, with the damage discarded in a debris pile on her lawn. A walk-through of her house showed it down to the stud.

"This was the dining room," Clark pointed at a bare part of the home. "You can even see the wall was textured. We were going to paint it."

She lives in the Elm Grove neighborhood, where her home flooded for the second time in four-and-a-half months. Her husband has worked around the clock since May to redo the house by himself.

"It's hard not to cry because we were (getting stuff) done. We're not using a contractor. My husband's been doing all of it, so for him to rip it out, all the work he just did, you know, it's hard," said Clark.

It was 70 percent done from the last flood. Now they're starting over again.

Residents blame the flooding incidents on Perry Homes, the developers of the homes. Residents said the drainage is causing flooding.

They have sued Perry Homes. The company sent ABC13 this statement in response to the flooding:

"We were saddened to see the flooding last week due to Tropical Storm Imelda, and our hearts go out to all the victims. Imelda was yet another example of catastrophic rainfall amounts in our area. Our experts are tirelessly working to assess and understand the events from last week."