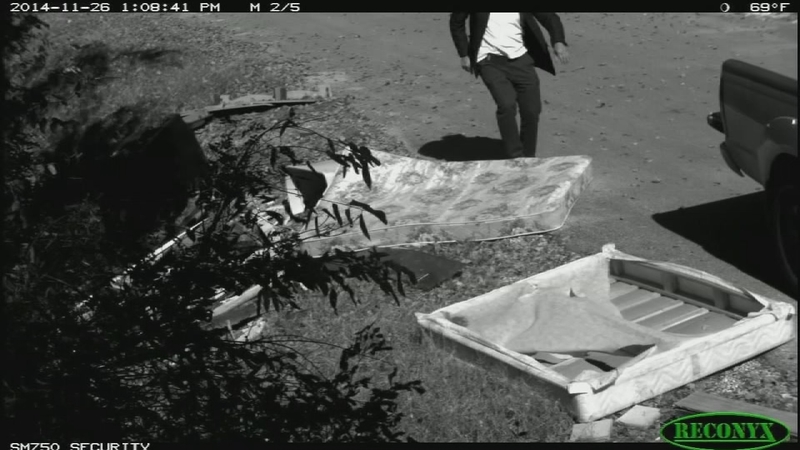 HOUSTON (KTRK) -- The images may be black and white, but just one look and it's obvious what's going on. Someone has continuously dumped old furniture, mattresses, and anything else illegally in Houston's east end neighborhood.

The incidents have been frustrating for Martin Chavez of the Greater East End Management District. It's his job to organize and manage the crews to clean up the mess, over and over again.

"Keeping those areas cleaned up is very important to us," says Chavez. "It costs the district a lot of money, a lot of manpower. So we're trying to get the message out that it's not right it's illegal."

After considering high end surveillance cameras, the district settled on something a lot less expensive: deer cameras. Usually used for hunting, cameras are motion sensitive and take photos. The district mounted cameras at several locations on the East End about a year ago. So far, the results are impressive.

"This guy is a serial dumper," Chavez says in relation to the images released to Eyewitness News. "He kept going to the same site over and over. We actually have him on video dumping six times at the same location."

The district is now working with law enforcement to bring charges upon the person captured on video. That's good news for East End residents, who are weary of the illegal activity.

"I guess they can't make it to a dumpster or another trash facility so they'll just dump it, somewhere like this," says Daniel Chavez, who grew up in the neighborhood.

The deer cameras will be moved monthly to different locations, with the idea that it will catch more illegal dumpers in the act.