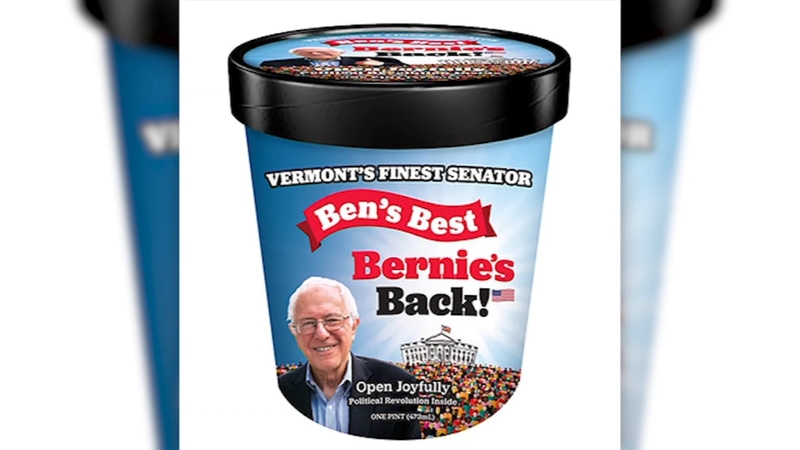 The ice cream is not affiliated with the popular ice cream company, which sold to the massive conglomerate Unilever in 2000.

The company has since distanced itself from the political activism of its co-founders.

The video will educate people about voting, according to Cardi B.

Instead, the flavor falls under the banner of "Ben's Best" and is called "Bernie's Back."

Challenged by Rep. Tim Ryan on a point about his health care proposal, Sen. Bernie Sanders had a pointed response.