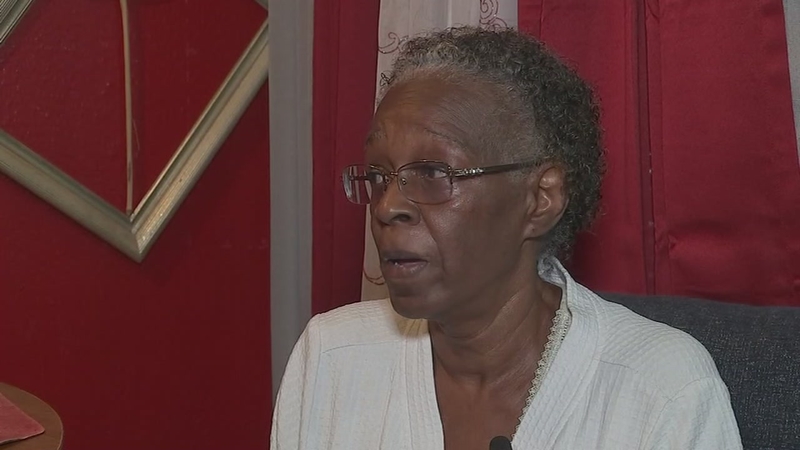 Grandma shoots man trying to get in house

HOUSTON, Texas (KTRK) -- Jean Wilson has been called a hero for shooting a man she said was exposing himself and trying to open her front door.

"I shot someone," she said. "I've never shot a gun in my life until then."
Tuesday afternoon, 39-year-old Clarence Johnson, Jr, she said, was on his bike, exposing himself as he rode on Cherrydale Street.

"I was walking out to the sidewalk to put something in the trash can. He got off his bike and walked after me when I went back to the house. He was rubbing himself," the great-grandmother said.

Grandmother tells ABC13 she's sorry for what she did, but she had to protect her kids.
EMBED More News Videos

Great grandmother who shot suspect says she was "protecting her kids."

"I went inside and got the gun, and told him I was going to shoot if he didn't leave," she said.

He didn't, and she shot, hitting Johnson in the stomach.

Charges of criminal trespass, exposure, and failure to give information to police have been prepared against him, relating to the incident at the Wilson home.
"I did it for my kids," she said. "I didn't care if I died, but my grandson is disabled and couldn't get away if he got in the house. My 11-year-old great granddaughter was also in the house," she said.

Johnson has a list of charges dating back to 1996, most of them involving drug possession. In all, he served just over four years in jail on eight different charges, not including an incident last month, in which witnesses said he was walking unclothed on Bellfort Street. A charge of possession against PCP is pending against him in that case.

Jean Wilson regrets that she had to take extreme action, but said she would do it again "to save my family."

"I just hope God forgives me for it," she said. "I want to see my (late) daughter in heaven."