I-45 near downtown reopened after emergency pothole repair 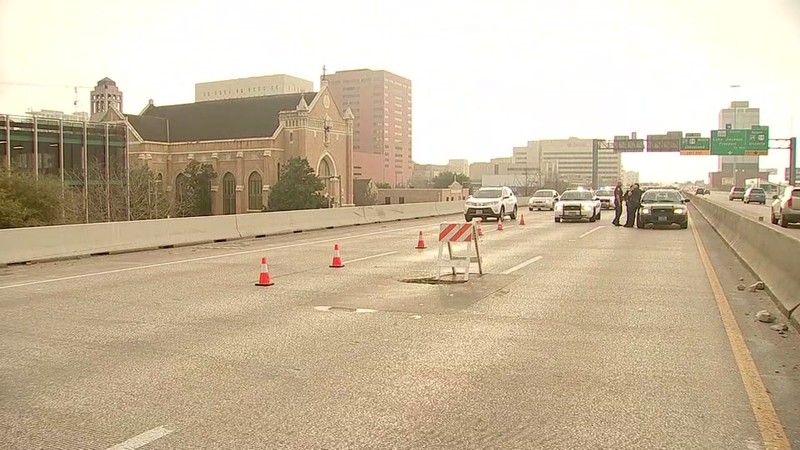 Debris falling from 'repaired' pothole on I-45 near downtown

HOUSTON, Texas (KTRK) -- After nearly 12 hours, all mainlanes of I-45 northbound have reopened following an emergency pothole repair near downtown.

TxDOT closed two mainlines on I-45 between I-69 and Fannin to complete the repairs. The SH-288 northbound connector ramp was also closed as crews completed the work.