I-45 freeway expansion will force people out of homes, group says 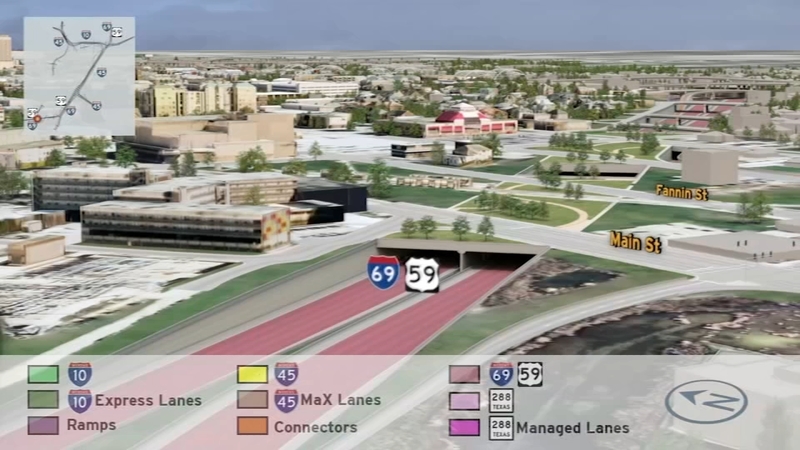 I-45 expansion will force people out of homes: group

HOUSTON, Texas (KTRK) -- A plan to remake I-45 is being protested by some community leaders on the north side of Houston who claim the project will force thousands of low-income residents out of their homes.

ORIGINAL STORY: I-45 is moving around downtown

But the group opposing the project, the Greater Houston Coalition for Justice, says that in addition to negatively affecting low-income residents, the project will also destroy businesses.

According to TxDOT, the project identifies Clayton Homes as an area that will be impacted by the new construction.

"168 single family homes, 1067 multi-family homes, 331 businesses and 24,873 jobs. The numbers for residences pale in comparison to projects like the 290 expansion, which displaced only 360 housing units," said Oni Blair, executive director of the non-profit LINK Houston.

Houston Housing Authority issued the following statement: "Houston Housing Authority (HHA) serves more than 58,000 Houstonians by providing safe, quality and affordable housing and promoting education and economic self-sufficiency. Planning for the I-45 expansion project has been underway for years, and HHA is prepared with a plan to ensure seamless relocation of the residents at Clayton Homes and Kelly Village who will be impacted. Residents were informed about the expansion and HHA's plan to provide vouchers to the residents and their option to relocate to another HHA community. Our residents are the top priority. We will continue to update residents with additional information and details as they are determined."

The Greater Houston Area Council is set to vote later this week on a request for a $100 million down payment for the project.

However, the Greater Houston Coalition for Justice wants TxDOT to finish studies that are looking at how this project will impact homes, schools, day cares and historical sites.

The project will ultimately cost $7 billion and has been called a "boondoggle" by the U.S. Public Interest Research Group and the Frontier Group.

Some business owners who believe they would suffer during the construction aren't happy either.

"Is it worth it? I don't know, and you know, rerouting 45 to the south and east side of downtown, it doesn't make sense on my end," said business owner Minh Nguyen.

TxDOT says these plans have been in the works for 10 years, and in that time, it has sought community involvement.

The vote is expected to take place on Friday.