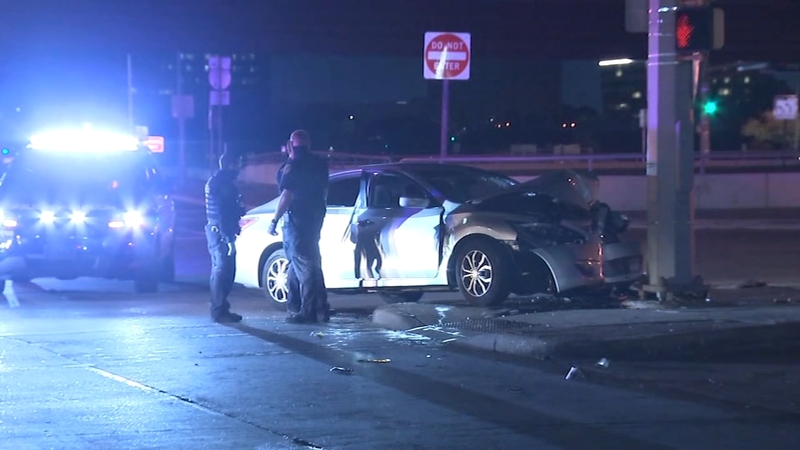 It happened around midnight on Greens Road at I-45 North Freeway.

The driver was eastbound on Greens Road when he struck a pole at the intersection, according to Houston police.

His 60-year-old passenger, identified as his wife, suffered critical injuries and later died at a hospital.

Officers said the man appeared to be intoxicated and refused to cooperate with them.

"He's not making any statements," said Chuck Cornelius, an investigator with the Harris County District Attorney's Office. "He just wants to be taken to jail."

The woman was not wearing a seatbelt when the crash happened, investigators said.

It was the first of at least two fatal crashes in the area involving suspected intoxicated drivers this weekend.

A woman was hit by a vehicle Sunday morning in the northbound main lanes of I-45 at West Road after the vehicle she was in collided with another car, police said. All three drivers involved in that crash face similar charges.