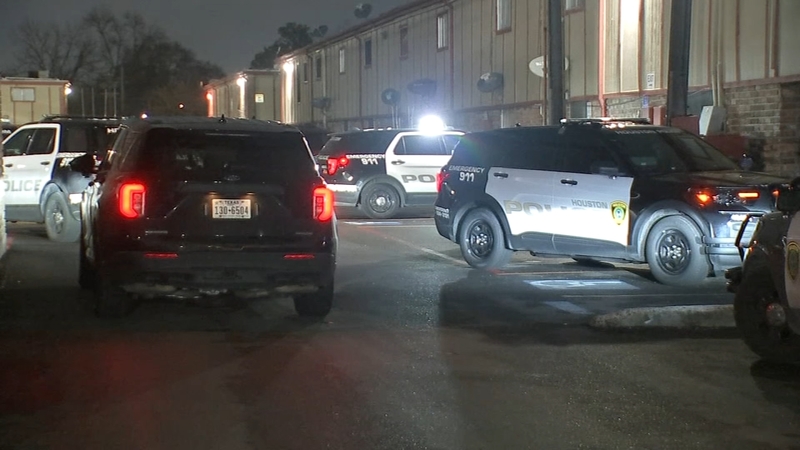 HOUSTON, Texas (KTRK) -- A husband says he shot and killed a house guest after he claimed the guest held him and his wife hostage for days at their apartment in north Houston.

The shooting happened around 9 a.m. Thursday at Rosamond near Northline, but officials say the couple didn't call police until later that night.

According to authorities, the couple got away by saying they needed to go to the corner store. That's where the husband allegedly called police at 11:30 p.m. and told officers he was being held hostage for two days by their guest and that he killed him.

When officers arrived at the couple's apartment, they found the man dead. He had been shot in the head.

The husband claimed the man was doing drugs and wouldn't let him and his wife leave, police say. According to the husband, the man did allow him to go to the bank to get money.

When the husband returned, he grabbed a gun and demanded the man release him and his wife.

When that didn't happen, the husband says he shot him.

Houston police say they still have a lot of questions, including why the couple waited so long to call them.

The husband is in custody.

Police haven't said whether the guest was a relative, a friend or someone else.
Report a correction or typo
Related topics:
houstondeadly shootinghomicide investigationhomicideshootingman killed
Copyright © 2021 KTRK-TV. All Rights Reserved.
More Videos
From CNN Newsource affiliates
TOP STORIES