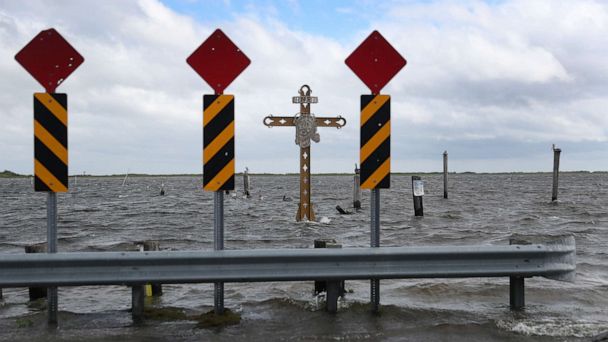 Hurricane Sally, which made landfall near Gulf Shores, Alabama, as a powerful Category 2 hurricane early Wednesday, is bringing dangerous storm surge to the Gulf Coast.

Sally is a slow-moving hurricane, which further enhances the duration of potential storm surge and heavy rain.

As pressure falls in the hurricane's center, water levels rise. The water accumulates while the storm is still over the open ocean.

When the hurricane closes in on land, its strong winds push that water toward the coast and up onto land, creating walls of water sometimes as high as 20 feet.


The danger to people inside houses on the coast is the deluge of water that can flood homes and overpower walls rapidly.

During Hurricane Katrina in 2005, at least 1,500 people died "directly, or indirectly, as a result of storm surge," the National Hurricane Center said. When Hurricane Sandy hit New York and New Jersey in 2012, many homes filled quickly with water that reached levels of 8 to 9 feet.