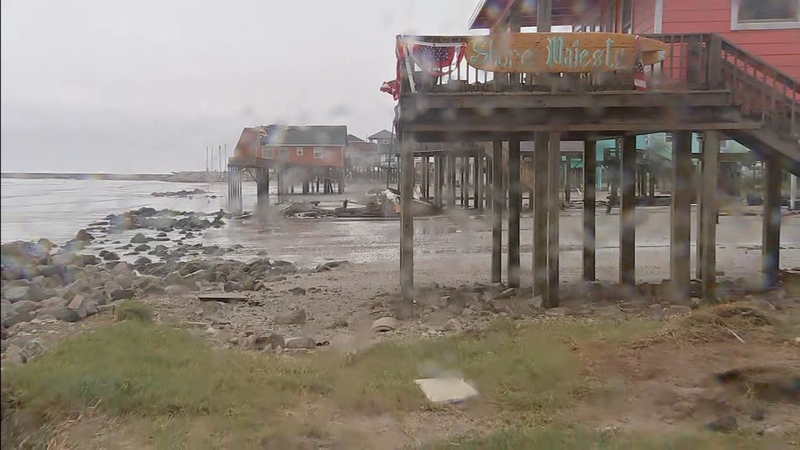 Nicholas made landfall in southeast Texas as a Category 1 Hurricane, bringing heavy rain and strong winds. The storm was responsible for a lot of damages down the coast.

A neighborhood in Freeport took on wind damage, such as downed trees. Some homes lost power and water. One business had some sheet metal peeled off, as well as a snapped power pole with the lines hanging. But so far, there have not been reports of any injuries.

ABC13's Tom Abrahams was nearly unrecognizable as he stood in the middle of rain in Freeport ahead of Hurricane Nicholas' landfall early Tuesday morning.

Meanwhile, the city of Surfside Beach saw several businesses and homes damaged. As the sun rose Tuesday morning, business owners drove around to check on their properties. One owner noticed his shop had some leaks inside. The shop next to it had its front sign torn down.

A homeowner in the Surfside Beach area, who rode out the storm, told ABC13 that Nicholas was her first Hurricane. She said she saw the surge come up around 1 a.m. and it flooded their truck.

"I'm going to stick around here, but when, you know, if there's a hurricane or tropical storm I'm running. I'm not gonna swim," the homeowner said.

Additional video shows more damaged homes along the coast, one home looked as if it may have collapsed.

Despite the damages, Surfside Beach police told ABC13 nobody was hurt during the storm.