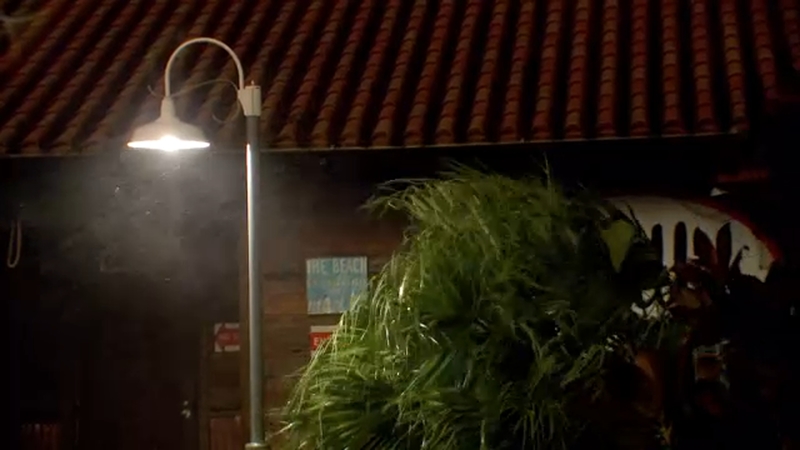 LAKE CHARLES, Louisiana (KTRK) -- Nic Hunter, the mayor of Lake Charles, told everyone in the city Wednesday to get out.

As Hurricane Laura aimed at the Louisiana and Texas coast, Hunter expected his city to lose water service and power.

Anyone who remained in the city was locked in place by late Wednesday night, hours before landfall.

There are several popular casinos frequented by Texans in Lake Charles.

The Golden Nugget Casino is closed. But hundreds of refinery workers and first responders are staying at the hotel waiting for the storm to pass.

The governor of Louisiana, John Bel Edwards, earlier warned people in southwest Louisiana that 30 miles of his state could be covered in water from the storm. Lake Charles is just a bit inland of that mark.

A Category 4 hurricane can render wide areas uninhabitable for weeks or months and knock out power for just as long. The threat of such devastation posed a new disaster-relief challenge for a government already straining under the coronavirus pandemic. The parts of Louisiana that were under evacuation orders included areas turning up high rates of positive COVID-19 tests.

Becky Clements, 56, evacuated from Lake Charles after hearing that it could take a direct hit. She and her family found an Airbnb hundreds of miles inland. Almost 15 years have passed since Hurricane Rita destroyed the city.


"The devastation afterward in our town and that whole corner of the state was just awful," Clements recalled. "Whole communities were washed away, never to exist again."

Laura will be the seventh named storm to strike the U.S. this year, setting a new record for U.S. landfalls by the end of August. The old record was six in 1886 and 1916, according to Colorado State University hurricane researcher Phil Klotzbach.