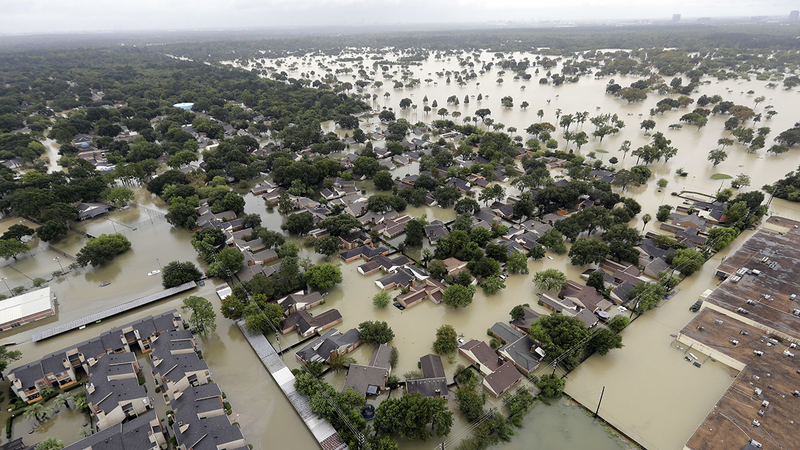 State sitting on $500M of federal disaster funds from Ike

In the weeks and months that followed, the state of Texas got billions in aid from the government.

Texas got $3.3 billion in disaster recovery grants from the Department of Housing and Urban Development alone. That money was for a variety of things, from rebuilding homes to rebuilding streets to building better infrastructure to protect against future storms.

Nine years later after the storm, nearly half a billion of that money remains unspent, according to HUD reports.

The city of Houston got just over $285 million of those funds.

It's not just Ike money. The city of Houston got a direct allocation from HUD of $66 million for the 2015 floods. It got another $20 million within the last year.

So far, about $200,000 of that money has been spent, government documents show.

Kristin Massey bought her Meyerland house about two and a half years ago. Almost immediately after moving in, it flooded on Memorial Day of 2015. She rebuilt, moved in again, and almost immediately flooded the second time on Tax Day 2016.

If you don't know where this tale is going, you should.

She rebuilt again, moved in again, and flooded again during Harvey. And she's convinced there's a fourth time on the horizon.

Kristin followed the rules. She has flood insurance on her house and cars. She even got creative and tried to "flood-proof" her home a time or two.

None of it mattered.

After three floods and hundreds of thousands of dollars straight out of her pocket, putting everything back in the exact same place to flood one more time, is just not an option.

And each minute that passes, waiting to see if anyone can help her, is a chunk of change.

"There's no time to wait. I can't sit and wait," Massey said. "Every day to figure out what I'm going to do with my home I have to make a step forward because I'm paying rent somewhere else I'm paying a mortgage. I still have to do something with this home and incur the loss to the value of the home."

Across the street, Drew Shefman couldn't wait either. He now has the city's tallest one-story home. He too flooded twice in two years before Harvey.

Despite being in the running for a federal grant to raise his home out of another flood, the government process wasn't fast enough for Shefman.

"We self-funded this," Shefman said.

He feared if he waited for that program, he'd flood again before seeing any help.

The week before Harvey, crews were working overtime to raise his home as much as possible. As the first rain fell on that Wednesday, the home was up four feet, or 48 inches.

To be safe, they kept going up on Thursday and Friday until they had to stop and water stopped at 51 inches under the house.

The house had been raised to 56 inches.

A game of inches that paid immediate dividends for this one family that had the forethought and ability to pay to get it done.

"Most expensive night's sleep I've ever had."

Weeks before Harvey, the city of Houston approved 30 homes in this area to be lifted using a FEMA program. All of those homes had flooded twice since 2015. By the time Harvey hit, not one home had been lifted. All 30 flooded again.

A separate 2015 program managed by the city of Houston promised tens of millions to homeowners for home repair, lifting, buyouts or less-direct help like drainage improvements to keep at least some floodwater out of homes. Now two and half years later, $200,000 out of $66 million has been spent.

"If I received funds for a service that wasn't completed two years later I'd probably be in trouble," Massey said.

The man in charge of figuring out how to spend the money is Tom McCasland, who came on board just weeks after the 2016 Tax Day floods. He freely admits the city should have been writing checks long ago.

"It does no one any good to be sitting in a bank account here at the city or at the federal government," McCasland said. "It's only good if it's out in the community and the infrastructure or the housing."

"Some of this is people don't communicate it's simply it's really basic things like making sure that we are not working as a siloed city," McCasland said.

McCasland also points to a government process that requires input from everyone - from elected officials to the public before any money can be spent.

But he points to successes too.

The city waited seven years for money to help repair roofs after Ike. McCasland decided to find local money to help pay for repairs last year, rather than keep waiting for the feds.

It still took eight years too long, but he says by spending city money first, then getting reimbursed later by the government, the help process can be weeks, not years. Since he arrived at the city just over a year ago, McCasland says he's looked for areas to speed up the process and get the money moving.

Some projects, like drainage and retention, will take years any way you slice it, McCasland said. And then another city department gets involved, adding another layer.

"Any time you start layering in government things get delayed," said the city of Houston's flood czar Steve Costello.

He also admits the money should be getting out the door faster.

"That's why we're asking right now for a direct allocation from Harvey so that we can bypass those other layers of government," Costello said.

McCasland and Costello agree on where many slowdowns come from: communication problems from all levels of government, bureaucratic red tape, a required public input process and indecision about where and how aid money should go.

McCasland pointed to an apartment complex under construction that would've benefitted low-income residents for only ten years. He went back to re-negotiate that contract to 30 years, a much better deal. But that process takes time.

"Getting them out quickly is absolutely essential. And the fact that we could have got some of the money out to protect us from 2015-2016 and the Harvey flooding in some of these neighborhoods is the kind of problem that you're identifying," McCasland said. "We have to make sure that that doesn't happen next time around."

It's pretty much agreed in neighborhoods like Drew's and Kristin's, that it's going to happen sooner than later.

"We're never going to prevent flooding," Costello said. "What we're here to do is mitigate against flooding."

Kristin's mitigation plans are still in flux. She's waiting to see what her options are - while trying to figure out how to explain to her six-year-old that this-- despite what he knows and has seen with his own young eyes-- isn't normal.

"I think what's sad for my son is he's only six and he thinks that this is normal. That is unacceptable."

While the city has figured out how it's going to spend tens of millions of these disaster dollars, there's still at least $86 million out there with no purpose yet. The decisions about how to spend that money could still take months.