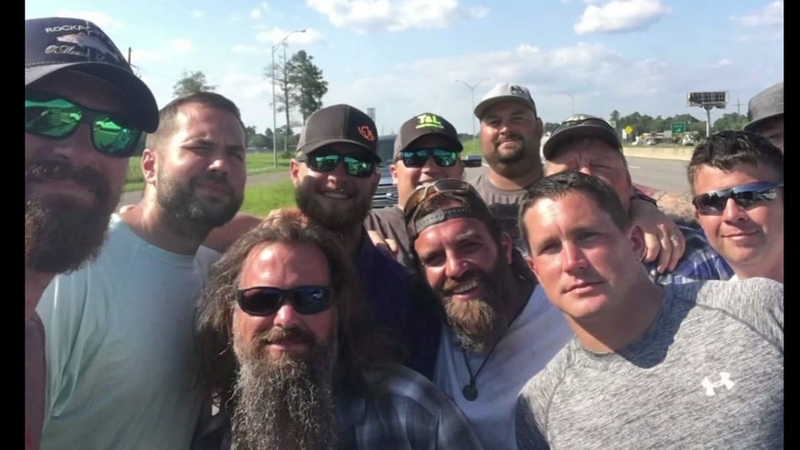 DICKINSON, Texas (KTRK) -- A year after Hurricane Harvey hit, rescuers who banded together and jumped in boats said they would do it again to help neighbors.

As flood waters swallowed Dickinson, our cameras followed a group in and out of the town.

"Dogs, people, cats, everybody wanted out," one of the heroes, Tommy Sustaita, said.

In all, a team using 20 boats rescued about 600 people across southeast Texas.

Kyle organized the group. It started after he rescued his sister in Dickinson and realized how many others needed help.

They not only brought boats, but also dump trucks.

"We literally pulled into neighborhoods and drove into water that was coming over the dump truck," said volunteer Trenton Doty.

And a local business brought a food truck to fuel people.

"Our roof starting leaking, and water started coming in," said Nacho Nachos employee Christopher Gonzalez. "Our lights actually shorted out, but we continued to feed and that was just a really amazing experience."

Nearly a year later, Kyle got the team together. Each of them has his own reason why they decided to jump in boats.

"I really didn't put much thought into it," said aptly-named rescuer Stormy Wingo. "It was more of a, 'Hey, this is what we need to do, and where we need to go' (situation)."

It made sense since they're all from Texas. But they couldn't believe the number of strangers that came from other places.

They've all kept each others' numbers in case they have to spring into action again.

It's a friendship that's turned into something they never imagined.

"Now we talk," Kyle said. "We call each other and go fishing on the weekends and stuff. It turned into something it was never meant to be and I'm grateful for it."

This group of strangers came together when neighbors needed them most.

"There's a reason it was called 'Houston strong,' and that was it," Kenneth Anglin said.