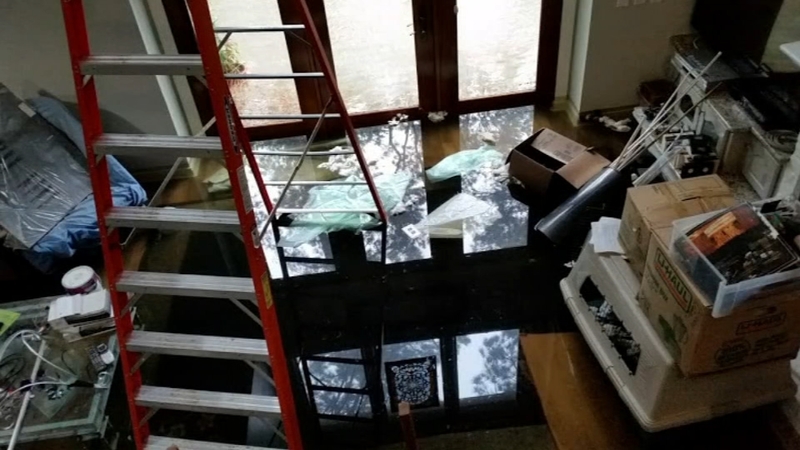 Some areas are still seeing its lasting effects, including the impact its had on some people's health.

Researchers at Baylor, UT and Oregon State presented their findings of a study in symposium on Thursday.

The researchers studied more than 200 people and the effect the storm had on their health. They collected samples from four different areas: Addicks, Bellaire/Meyerland, east Houston and Baytown.

"Most of it was more stress-related and that affected everything," study participant Renee White said.

Her home in Katy flooded in the storm, and she says she has had a lot of stress and some asthma-like symptoms after Hurricane Harvey.

White participated in the study because she says things are absorbed into your skin and lungs that you don't know about.

People were asked to wear bands for seven days, and after, the bands were sent off, studied and their findings were presented.

SEE MORE: Many Texans still struggling to recover after the storm

"We're getting a snapshot of the effects of Harvey," Dr. Cheryl Walker with Baylor College of Medicine said.

Walker said that the study found the biggest impact the storm had on people was stress-related, and then exposure to pesticides. But even now, researchers are still studying the long-term effects of the chemicals found in the wristbands.

"It's very concerning, and we need to understand more about that," Walker said.

Researchers say their goal is to give the community answers about what they were exposed to. They also hope to learn where the source of the chemicals and toxins come from when it floods.

The researchers want to learn from this incident so they know how to respond to the next disaster.