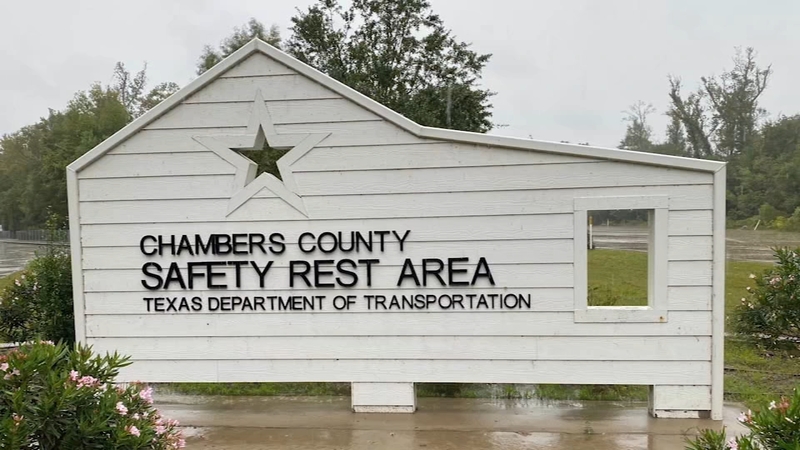 A number of people from Louisiana traveled westbound through Texas along I-10, some making a stop at the Chambers County rest area.

"This is the first time," Louisiana evacuee Sheila Mouton said. "We've left with campers before, but never in a rest area."

With Hurricane Delta approaching, Mouton and her family decided the rest area was an ideal spot.

"We knew if we stayed in the camper at a rest area and if it started coming this way, we could just keep going west," Mouton said.

Her idea beat some of the alternatives other evacuees are dealing with.

Tangi Eckard said it took nearly an hour to find a hotel in Houston.

"We know Houston's always been good to us," Eckard said. "Y 'all are our neighbors. That's why we decided to come here."

Eckard, who lives near Lake Charles, said the power was out for 22 days after Hurricane Laura.

Now, she's worried it'll be out again when she returns home.

"Louisiana is strong, but there's only so much we can do," Eckard said.

Hotels weren't the only places filling up, RV resorts in the Houston area also received a lot of evacuees.

Mouton said she considered it, but after traveling 13 hours in traffic, she decided the rest area would live up to its name.
"A rest area campground, that's almost ideal, except for having to get out in the rain and having to put gas in the generator," Mounton said. "Everything is really nice."