HUNTINGTON, New York -- The owner of a New York diner who was arrested over the summer for allegedly starving his dog is pleading his innocence after a 6-pound fatty tumor was recently removed from the dog.

Peter Tsadilas, the owner of the Golden Dolphin Diner in Huntington, spoke with Eyewitness News.

The Nassau SPCA arrested Tsadilas in July, charging him with injuring and torturing animals and failure to provide proper sustenance. The yellow Labrador named Callie was underweight and also had fleas and a severe untreated ear infection. Tsadilas said he fed Callie every day, but that she kept losing weight.

In late June, Callie ran away from Tsadilas' property in Laurel Hollow and was brought to an animal shelter in the town of Oyster Bay. Records obtained by Eyewitness News show that doctors made note of a small tumor, but Tsadilas' family members, who are now taking care of Callie, said they were never told by shelter staff about the tumor. Tsadilas said he didn't know about the tumor until he read about it in court paperwork.

A family member of Tsadilas recently brought Callie to the vet to have her ear checked, and doctors discovered a large, hidden tumor. Last week, vets pulled the 6-pound, 8.5-inch tumor from her right ovary. 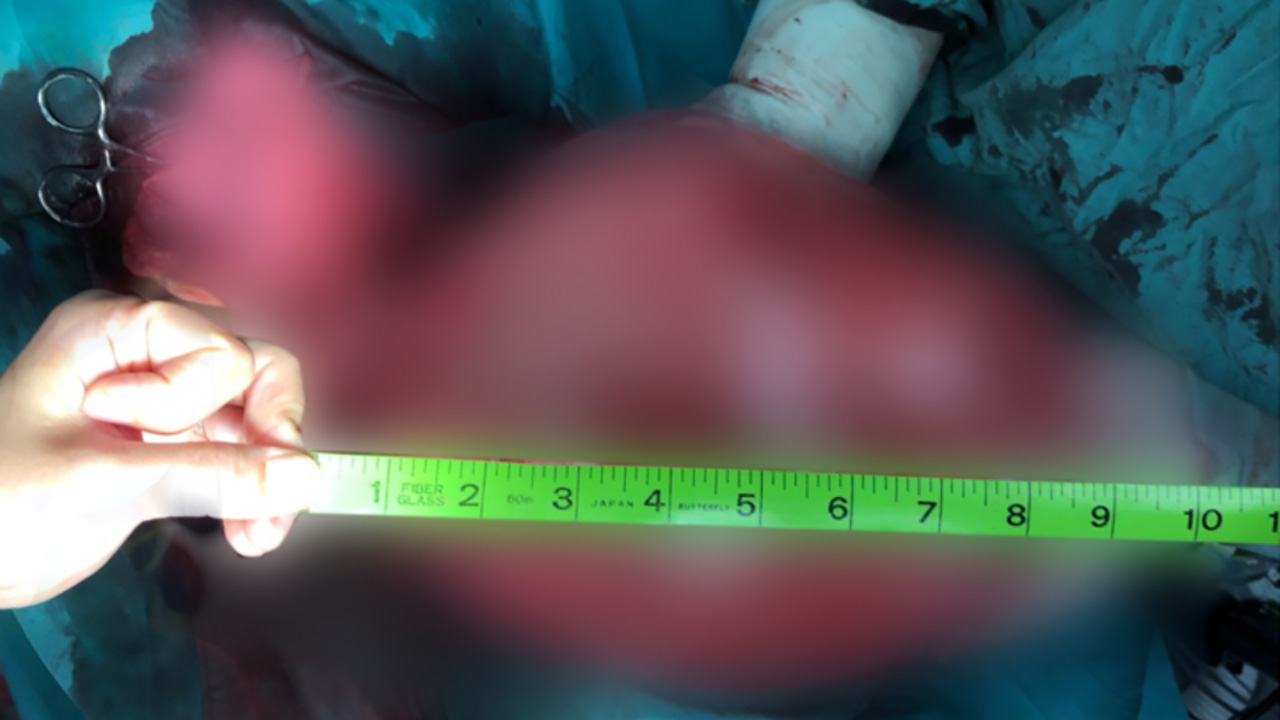 The veterinarian who treated Callie at Animal General in East Norwich told Eyewitness News the tumor caused the weight loss, but the vet also said Tsadilas should have brought the dog in sooner for treatment on other health issues.

Tsadilas admits he made a mistake, but he said he's not an animal abuser. He said revenue at his diner is down 70 percent since his arrest, and that people have been harassing him and his staff.

He said he's received a number of Facebook threats, which he has reported to the police.

Tsadilas' 11-year-old daughter recently made a plea online for people to stop harassing her father.

She wrote, "It was very embarrassing for me to have to see my dad getting cuffed. I am 100% certain that this is all a misunderstanding and false information. Callie was never starving."

She wrote that the family had recently made the dog's food more nutritious to try to combat the weight loss.

The Nassau County District Attorney's Office wouldn't comment on the case to Eyewitness News, but it said it is pursuing a case against Tsadilas.

Tsadilas is fighting the charges. His trial begins Monday, Oct. 22.