AP
By Edith M. Lederer, Associated Press
UNITED NATIONS -- The head of the World Food Program says the Nobel Peace Prize has given the U.N. agency a spotlight and megaphone to warn world leaders that next year is going to be worse than this year, and without billions of dollars "we are going to have famines of biblical proportions in 2021."

David Beasley said in an interview with The Associated Press that the Norwegian Nobel Committee was looking at the work the agency does every day in conflicts, disasters and refugee camps, often putting staffers' lives at risk to feed millions of hungry people -- but also to send "a message to the world that it's getting worse out there ... (and) that our hardest work is yet to come."

"It was so timely because we've been fighting to get above the choir," Beasley said of last month's award, pointing to the news being dominated by the U.S. elections and the COVID-19 pandemic, and the difficulty of getting global attention focused on "the travesty that we're facing around the world."

"So this was really a gift from above," Beasley said, recalling the surprise and delight of WFP's 20,000 staffers worldwide, and his own shock at being interrupted during a meeting in Niger in Africa's Sahel region with the news.

Beasley recalled his warning to the U.N. Security Council in April that as the world was dealing with the coronavirus pandemic, it was also "on the brink of a hunger pandemic" that could lead to "multiple famines of biblical proportions" within a few months if immediate action wasn't taken.

"We were able to avert it in 2020 ... because the world leaders responded with money, stimulus packages, deferral of debt," he said.

Now, Beasley said, COVID-19 is surging again, economies are continuing to deteriorate particularly in low- and middle-income countries, and there is another wave of lockdowns and shutdowns.

But he said the money that was available in 2020 isn't going to be available in 2021, so he has been using the Nobel to meet leaders virtually and in person, talk to parliaments, and give speeches to sensitize those with power to "this tragedy that we are facing -- crises that really are going to be extraordinary over the next, who knows, 12 to 18 months."

"Everybody now wants to meet with the Nobel Peace Prize winner," Beasley said, explaining he now gets 45 minutes instead of 15 minutes with leaders and is able to go into depth and explain how bad things are going to be next year and how leaders are going to have to prioritize programs. "And the response has really been good," he said.

"I'm telling them you're not going to have enough money to fund all the projects you historically fund," he said.

"Those are important things," Beasley said, but he likened the upcoming crisis to the Titanic saying "right now, we really need to focus on icebergs, and icebergs are famine, starvation, destabilization and migration."

Beasley said WFP needs $15 billion next year -- $5 billion just to avert famine and $10 billion to carry out the agency's global programs including for malnourished children and school lunches which are often the only meal youngsters get.

"If I could get that coupled with our normal money, then we avert famine around the world" and minimize destabilization as well as migration. he said.

In addition to raising extra money from governments, Beasley said, his other "great hope" is that billionaires that have made billions during the COVID-19 pandemic will step up on a one-time basis. He plans to start pushing this message probably in December or January.

In April, Beasley said 135 million people faced "crisis levels of hunger or worse." A WFP analysis then showed that COVID=19 could push an additional 130 million people "to the brink of starvation by the end of 2020."

He said in Wednesday's virtual interview from Rome, where WFP is based, that while famine was averted this year, the number of people facing crisis levels of hunger is increasing toward 270 million.

"There's about three dozen countries that could possibly enter the famine conditions if we don't have the money we need," Beasley said.

According to a joint analysis by WFP and the U.N. Food and Agriculture Organization in October, 20 countries "are likely to face potential spikes in high acute food insecurity" in the next three to six months, "and require urgent attention."

Of those, Yemen, South Sudan, northeastern Nigeria and Burkina Faso have some areas that "have reached a critical hunger situation following years of conflict or other shocks," the U.N. agencies said, and any further deterioration in coming months "could lead to a risk of famine."

Beasley said a COVID-19 vaccine "will create some optimism that hopefully will help jump the economies around the world, particularly the Western economies. But the WFP executive director said there's already been $17 billion of economic stimulus this year "and we're not going to have that globally." 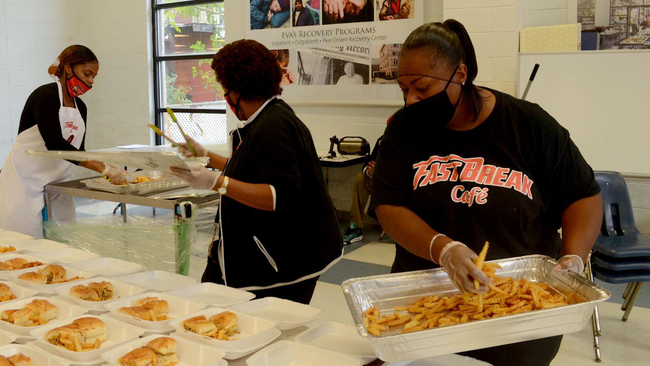 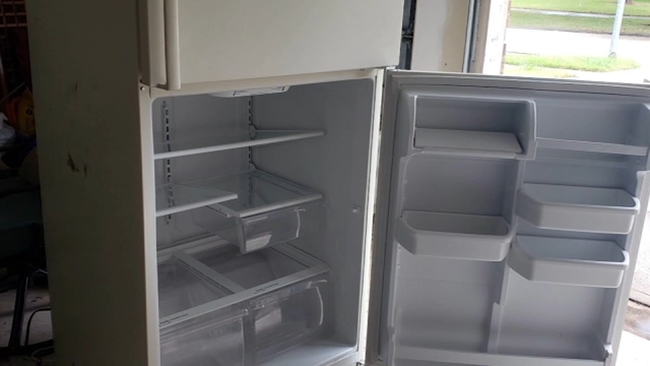