17-year-old struck and killed by car in Humble 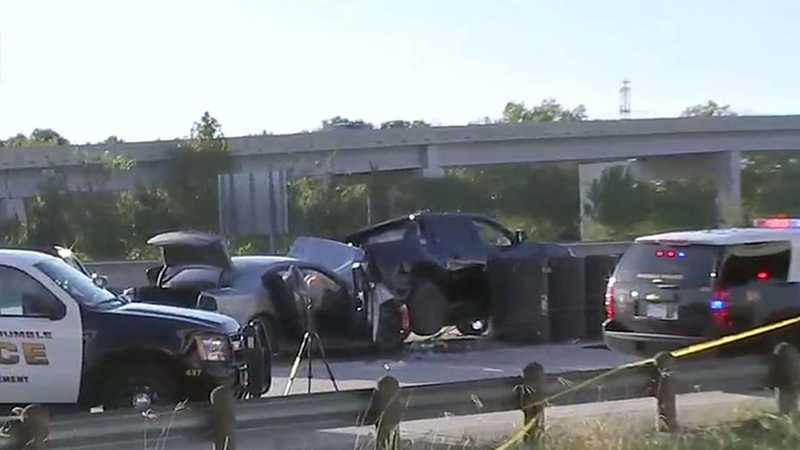 The crash happened around 4am. Humble Police had to shut down all southbound lanes of the freeway until 1:30pm to investigate the circumstances leading up to the crash.

The 17-year-old, Jose Damian, and his brother were on their way to a truck show in Pasadena when they got a flat tire near the exit ramp. They got out to change the flat and were just about finished, when Jose got under the vehicle to remove the jack. That's when a sedan slammed into their truck's rear. Jose was killed at the scene.

The driver of the sedan was taken by ambulance to the hospital. There's no word on that person's condition, and police have not said if any charges have been filed.

Jose's brother, Javier Damian, was not injured in the crash. He and his family were at the scene earlier, waiting for Jose's body to be removed from the freeway.

The trip to the truck show was a gift for Jose from his older brother for his birthday. Jose just turned 17 on Friday.

Javier Damian told Eyewitness News, "I was on the other side (of the truck) putting up some tools that I took out. And then when I saw the car coming, I just screamed. I just screamed and then, it just happened really, really fast, you know."

Jose was a sophomore at New Caney High School.