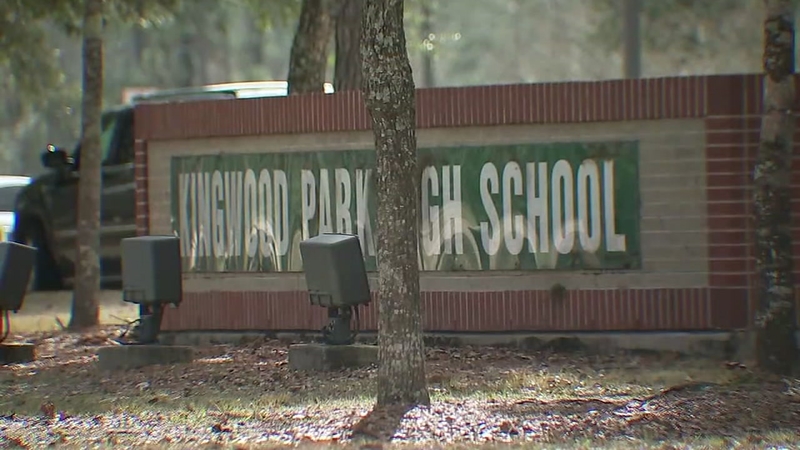 HUMBLE, Texas (KTRK) -- Students at one Humble ISD school say they will not attend Friday after learning of an allegation that there could be an attack on campus.

"My mom is really concerned about...the safety and everything like that. She's afraid that I'm gonna get affected by it and personally, I agree with her," said Kingwood Park High School junior Christian Corette.

The school district is rescheduling a pep rally which had been planned for Friday.

On Feb. 1, a group of boys started talking about violence, school officials say. They spoke about who might shoot up the school and how they might do it. According to a note sent to parents. the boys also talked about a "hit list" of people who should be shot or killed.

This student, who asked us not to identify him, say he knows someone who actually saw the list.

"She read it and she physically read all his plans and all that was going on," he said. "She told me she was like really scared for coming to school and stuff."

A spokesperson for Humble ISD says someone reported the discussion and school officials and police immediately began investigating.

"There was no real hit list. It was an inappropriate conversation among a group of high school boys during lunch," said Humble ISD's Jamie Mount. She added that police went so far as to search a student's home. In the end, she insists the threat was a rumor perpetuated by teens and social media.

It's worth noting this occurred before the school massacre in Florida and that the district first alerted parents to the rumor on Tuesday.
Experts say it can be difficult to tell what behavior should set off alarms and what is more typical of teens. But they agree on this: it cannot hurt to report something that has you concerned.

Looking back now at Nikolas Cruz and putting together a timeline of events that led to the shooting, you might ask why there were not red flags stopping him from carrying out his alleged murderous rampage.

"The question you are posing is a very serious question in psychiatry," said Baylor College of Medicine's Dr. Richard Pesikoff.

We now know Cruz had been expelled from school, posted pictures of guns to social media and even was affiliated with a white nationalist group prior to the shooting. Cruz was more troubled than anyone realized.

Still, Pesikoff says it's difficult to specify predictors of someone who might be prone to such heinous acts. He says paying attention is key.

"Somebody with a history of violence. Somebody who has acted out, who has converted angry thought into action," Pesikoff says those are the people to primarily be concerned about.

He added secondarily that other indicators of trouble could more obvious breaks with reality.

Pesikoff says if you feel unsettled by the way someone is acting or just unsure if they might be prone to violence, you might consider reporting the situation to authorities.