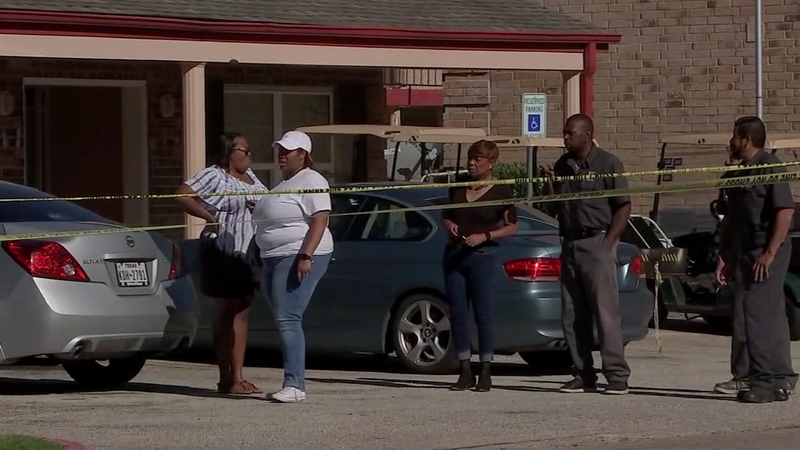 Suspect arrested after woman killed at apartment in Humble

HUMBLE, Texas (KTRK) -- A suspect in the death of a woman in Humble has been arrested, police said.

Jarvis Lamar Campbell is charged with murdering the woman in front of her son at an apartment complex in Humble.

Shortly before noon Wednesday, a call came in to police of a weapons disturbance. Police said there were five people present in the home at the time.

One woman was found dead at the scene. One man was injured and taken to an area hospital. A 12-year-old child was not hurt.

"When I got here I went ballistic because I thought it was my daughter," said Kokea Jackson, whose daughter was the witness in the shooting. "It's not my daughter but still, just terrible to know someone's dead in front of my daughter's door, behind nonsense."

Woman killed during argument between couples