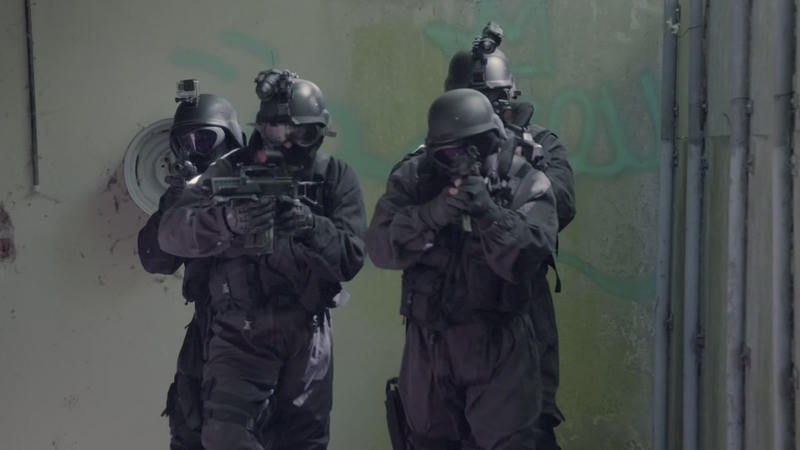 HOUSTON, Texas (KTRK) -- SWAT officers called to a southwest Houston apartment where a suspect had barricaded made a tragic discovery Wednesday morning.

Houston police said the bodies of two men were found at the end of a standoff that lasted for seven hours in the 5200 block of Arboles Drive, near Chimney Rock and West Bellfort.

HPD SWAT and HNT are en route to 5203 Arboles for a male barricaded in an apartment , possibly with four other persons. He is believed to be armed. No reports of injuries. PIO also en route. #HouNews pic.twitter.com/cuDf5Ok4Mk

Police took the suspect into custody.

According to police, the Hispanic men who died were among the seven people inside the home, including the suspect, during the reported siege.

Over the course of the ordeal, two other people escaped through a window, while another two got out through a back door of the apartment unit.