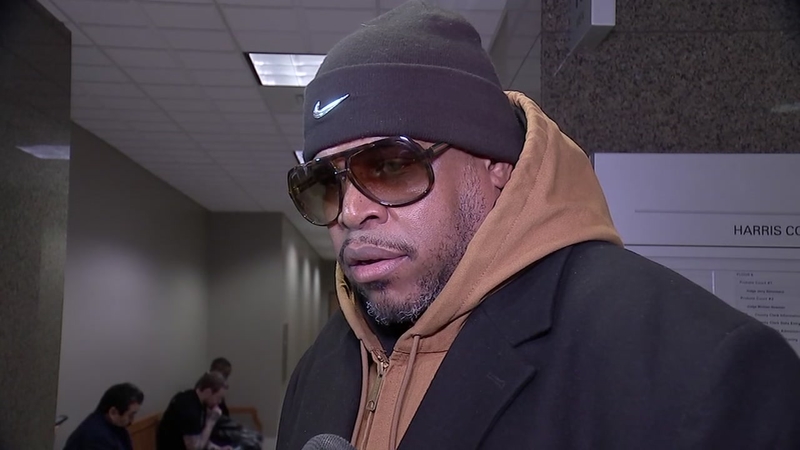 HOUSTON, Texas (KTRK) -- As the investigation into the police officers involved in the botched Harding Street raid expands, Paul Collins says he feels like people are finally listening to him.

On Monday, the Harris County District Attorney's Office revealed it is now examining more than 800 cases associated with Officer Steven Bryant, another officer who is relieved of duty after the Jan. 28 raid that killed two people at their home on Harding in southeast Houston and injured five police officers.

On Tuesday, Collins told ABC13 Eyewitness News that he had "been waiting for you," meaning the media. Collins told us that he knew as soon as he was placed under arrest by Officer Bryant and Officer Gerald Goines that the arrest itself was questionable.

Collins is just the latest defendant who has spoken to Eyewitness News since the Harding Street raid.

ABC13 was the first to introduce you to the family of Reginald Dorsey, who was killed during a 1997 confrontation with officer Goines.

We also talked to the family of George Benard, who was shot during a no knock raid that left him in a coma. That search warrant, executed by Goines and his squad, was actually targeted to Benard's brother. George Benard lived, but he would lose most of his fingers and toes.

In 2017, a no-knock warrant executed on a home owned by Willi Gray resulted in an arrest warrant for the 72-year-old cancer patient. But Gray wasn't even living at that house. He got arrested two years later. Basically home bound and on a feeding tube, Gray says he couldn't sell drugs if he tried.

Brandon Carter, who also spoke to Eyewitness News, said he was just walking by a police scene when he got arrested by Goines and Bryant.

Andrew Hebert's questionable arrest by the same group of narcotics officers was captured on cell phone video by his own family. In it, Goines can be seen wearing a bucket shaped hat, the same hat other defendants have told us about.

Courtney Jacobs spent five months in jail on a Goines and Bryant arrest. She said she never got them the pills that's on the charging document. Her charges were dismissed in late February.

Trevon Cornett was arrested when everyone in the house he was living in was swept up in a no-knock raid. His case was dismissed last week.

Paul Collins, today, told us he hopes his case will also be dismissed.

Both Collins and Cornett spoke about Goines being well known in the streets of Houston's north side. He was referred to as "Batman" by several defendants who have spoken with Eyewitness News.

As of this moment, the Harris County district attorney is preparing to review more than 2,000 cases involving the two officers.