No one hit after HPD officer shoots at family violence suspect 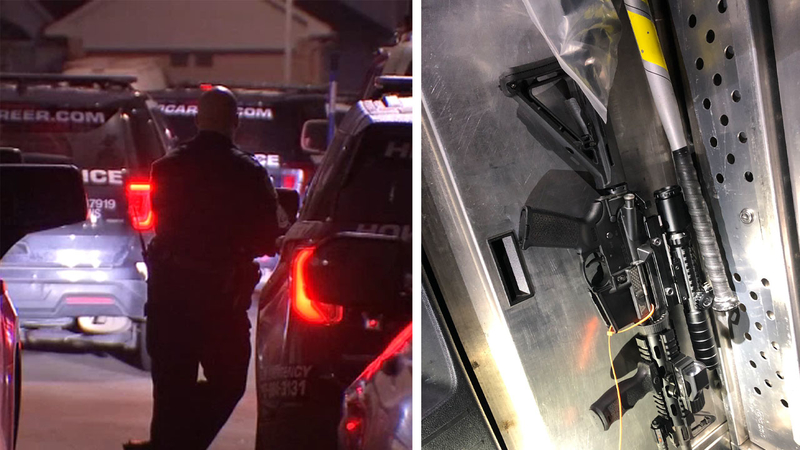 No one hit after HPD officer shoots at family violence suspect

HOUSTON, Texas (KTRK) -- Houston police shot at a man they say answered his door armed with a high-powered rifle as they responded to a weapons call.

The shooting happened around midnight at a home in the 9100 block of Kindlewood Drive in southwest Houston.

According to police, the suspect opened the door with the rifle in his hand. At some point, an officer fired his weapon, but did not hit anyone.

Officials later determined this was a family disturbance.

The suspect was taken into custody and is facing several charges including terroristic threat.


The incident is under investigation.

This is the rifle the suspect was armed with when our officers made contact with him. Thankfully, no shots were fired and no one was injured in this incident. The investigation remains ongoing. #HouNews https://t.co/5OdeGwWcMu pic.twitter.com/JN1vv0rryo