According to preliminary findings, the HPD officer was going way above the 35 mph speed limit.
KTRK 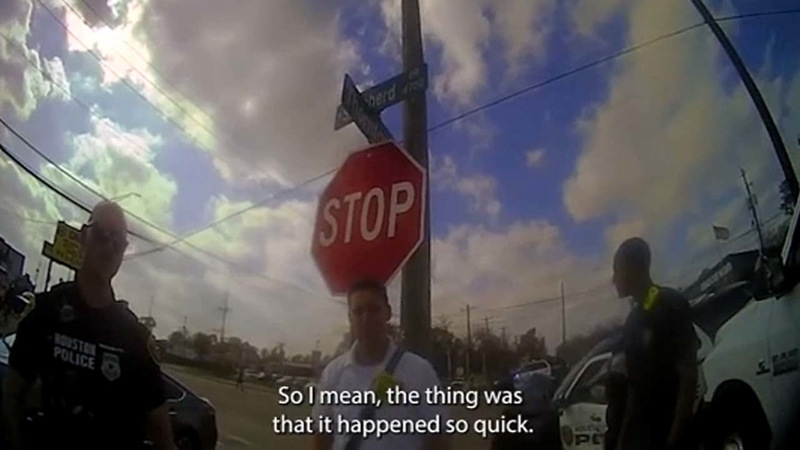 HOUSTON, Texas (KTRK) -- The Houston Police Department has released bodycam footage from the crash that killed a 75-year-old man when an officer hit his vehicle in December.

The victim has been identified as Charles Payne, a father of seven and a grandfather of 13.

The HPD officer who hit him has since been relieved of duty pending the outcome of the investigation.

The wreck was caught on surveillance video and happened on Dec. 26 at noon on 4600 N. Shepherd Drive.

Police say the officer was driving a marked SUV unit northbound on N. Shepherd when Payne turned left toward Thornton Road. Payne had been coming from the southbound lanes and was trying to cross the northbound lanes of N. Shepherd, when the HPD unit slammed into his vehicle.

Payne was transported to the hospital, where he died.

The bodycam video, which is 8 minutes and 49 seconds long, shows different angles of the crash.

You can also hear the officer who was involved asking if the other driver, Payne, is OK.

"Is he, like, life-threatening?" the officer, who called for an ambulance, says.

"The thing was, it happened so quick. I'm still trying to figure out what happened," he continues.

The officer was not on the way to a call for service, so his bodycam was not activated until after the crash.

According to the Harris County District Attorneys Office, preliminary findings show the officer was going way above the 35 mph speed limit.

Sean Teare with the district attorney's office said in December that a big part of their investigation will be figuring out whether or not the Payne would have had time to complete his turn had the officer been traveling the posted speed limit.

Payne's family said that he had just left church when the crash happened.

The officer has been relieved of duty pending the outcome of the investigation into the crash that killed a man on his way home from church.