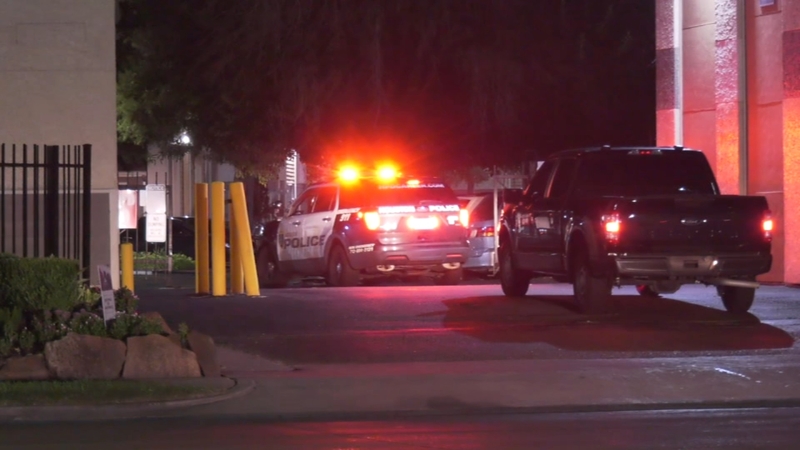 HOUSTON, Texas (KTRK) -- A Houston police lieutenant came under fire overnight as he sat inside his patrol cruiser while investigating an unrelated incident in west Houston.

It happened around midnight Sunday on Wilcrest near Briar Forest.

Officers responded to a robbery call involving a 16-year-old who was shot in the area and were investigating the incident when someone fired at a HPD cruiser.

Lieutenant Larry Crowson was sitting inside the vehicle when it happened.

""Apparently, somebody fired a pellet gun or a slingshot, and broke out the rear window of my patrol vehicle," Crowson said.

No one was injured in the ordeal and the shooters got away. Officers searched the area on foot and by helicopter before calling off the hunt.

While attacks on police officers are not common, this is at least the second incident involving an HPD cruiser.

In June, multiple gunmen opened fire on a Houston police officer who had just finished a traffic stop in southwest Houston. That cruiser was hit at least three times.

Nobody was hurt in that incident, and the attackers were never caught.