How do you decide which kind of wine to buy?

KGO
By Michael Finney
SAN FRANCISCO, California -- How do you decide which bottle of wine to buy? Many of us use the ratings and descriptions often found on cards next to wines in the store.

KGO investigated these labels - which rate the wine on a scale of 100 from publications like Wine Enthusiast, Wine Spectator, and Wine Advocate.

We spoke with consumers who say they do use those shelf labels. Grant Silow from San Francisco said, "I look at the numbers, and I don't usually know what they mean." He said he looks for "the 90 plus, if I am going to buy something. But I don't really know what the scale means anyways."

Another shopper said she reads the tag, but it's not a big decision-maker. "Even if I read the tag, and that made me buy the wine, I wouldn't remember what it said to follow up," she said.

David Glancy doesn't need wine ratings to help him with buying decisions. He's the founder and CEO of San Francisco Wine School. He does check the vintage labels, though. "I would say that the shelf talkers or bottle collars, you see them more often and you see more inaccuracy in them, in grocery stores and big box wine retailers than you do in small, either intimate wine bar retailers, or premium wine shops," he said. 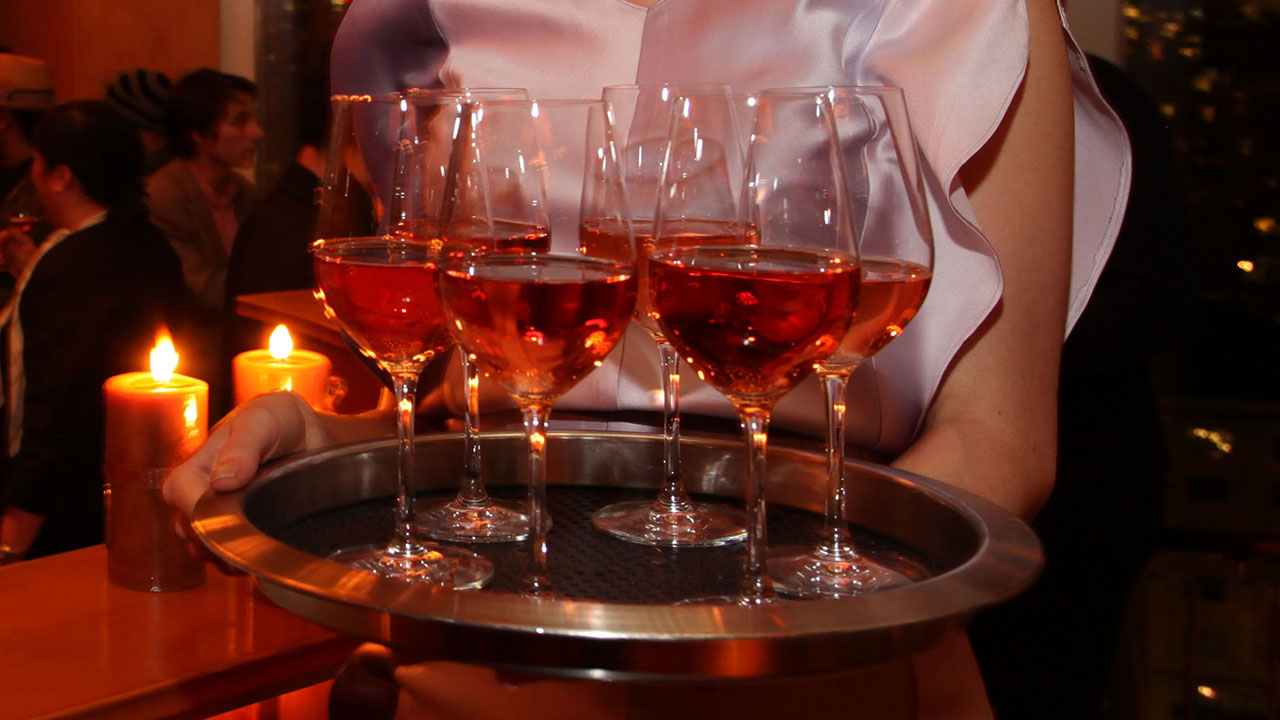 5 things every wine lover needs
Everything is better with accessories and wine is no exception. If you're into wine, you're in luck, oenophiles!

A recent lawsuit claims BevMo! used wine labels to trick consumers into buying less desirable bottles. We spot checked BevMo! and found no shelf labels rating the wine. Instead, all the labels had tiny print reading, "The vintage indicated may not be available. Please check the bottle for vintage."

A spokesperson for BevMo! told 7 On Your Side, "We take great pride in providing our customers with the best and most complete information to help them make informed purchases. Our customers know we are always willing to take back product if the customer is not satisfied."

We checked local Safeway and Lucky locations and did find those traditional large labels describing and rating the wines. We also discovered the wine right next to the label was not always as described.

Often at those stores, we found the same winemaker and varietals, but with a different vintage year. Our wine expert David says that doesn't usually matter with local wines. He said, "California, yes we have differences, but it is much more subtle of a difference from year to year. The vintage on the label in most California regions, ...or places with a more consistent Mediterranean-like climate, it is less of a swing."

Still, David said that's not the case for some other wine regions. "A classic example is Champagne," he said. "It's the coldest, wettest fine wine region of France. And the vintages vary greatly. Not just the quality but the style of the wine."
In our spot check at one Safeway store, we counted 47 wines with a shelf label that described a different vintage than what was actually on the shelf. That's out of 88 total ratings - so more than half were wrong. Sometimes, the vintage was off by several years.

We found one shelf label describing a 2009 Toad Hollow Reserve Merlot from Sonoma County, which received 87 points from Wine Enthusiast. The bottle actually on the shelf was a 2014 vintage, which Wine Enthusiast told us received 84 points.

We also found a 2010 It's A Headsnapper Malbec from Mendoza, Argentina, described as receiving 87 points from Wine Enthusiast. On the shelf: a 2015 vintage. In this case, Wine Enthusiast told 7 On Your Side that neither vintage was rated. Instead, the publication rated two different years of this wine, 2007 and 2011.

Safeway told us they "review and update wine shelf tags every 60 days, based on information provided by the supplier." When we asked about this specific case, Safeway said, "the supplier indicated that Headsnapper Malbec 2010 is rated 87 points by Wine Enthusiast. When errors like this occur, we immediately correct the shelf tag by sending the stores a new tag. New tags are currently being made for this item."

Both Safeway and Lucky's shelf labels have fine print disclaimers on them. Lucky's states, "vintage indicated may not be available." After our questions about their policies, Lucky told us, "We are reviewing the program with our vendors to have it corrected or discontinued."

As for the ongoing lawsuit against BevMo!, the plaintiff's attorney told us, "We brought this case to stop BevMo's misleading bait and switch practices. Honesty matters! We are confident that we will ultimately prevail." For its part, the retailer told 7 On Your Side that disclaimers on their store shelves were in place before the lawsuit was filed. They also said, "we can't comment on any pending litigation except to note that although the matter has not been fully adjudicated, the court has dismissed portions of the claims."

Altering travel to the Dominican Republic: What you need to know
Pastor says woman kicked off train is victim of discrimination
More Videos
From CNN Newsource affiliates
TOP STORIES