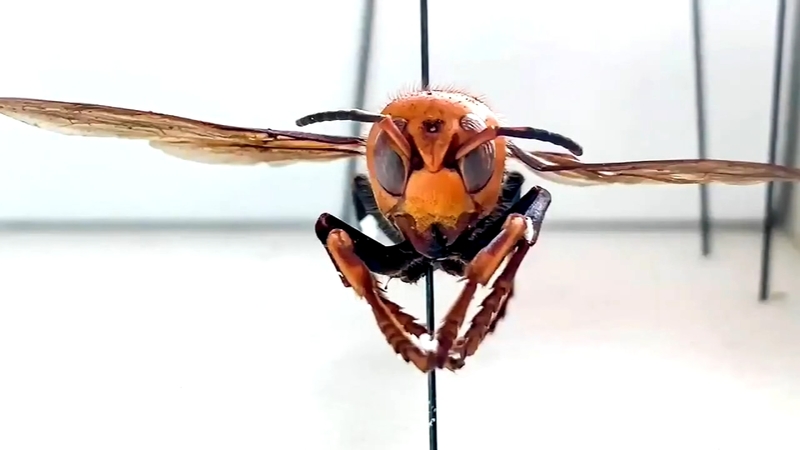 BLAINE, Wash. -- Officials confirmed three new sightings of Asian giant hornets in Whatcom County, Washington, increasing to 12 the number that have been reported there.

The Bellingham Herald reports the total represents the first sightings of the hornets in Washington state and the U.S. since they were first spotted in Whatcom in 2019.

All three recent sightings were found near Blaine in northwest Washington, in late September, according to the Washington State Department of Agriculture.

Traps will be set up in the area. The goal is to catch live Asian giant hornets in those traps, tag them and track them back to their colony to destroy them so the invasive pests don't become established in Washington state.

For the first time, entomologists in Washington state have trapped one of the so-called "murder hornets."

Entomologists in Washington state trapped one of the so-called "murder hornets" for the first time over the summer. The hornets, which are native to Asia, were first spotted in Washington late last year.

The adult hornets earned the name "murder hornets" because they decapitate native honey bees, which are critical to the overall food chain and agriculture.

Though they generally aren't a danger to humans, the hornet's sting can be deadly, and they can grow to about 2 inches long -- fives times the size of a honey bee. They are identifiable by their large yellow/orange heads.