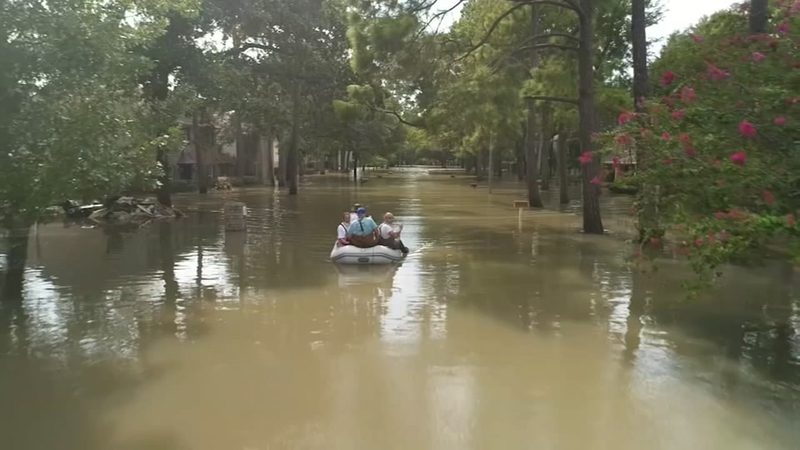 HOUSTON, Texas (KTRK) -- The city of Houston's new construction rules for building in a floodplain are unfair, expensive and target the city's poorest citizens, according to a new report from an Austin-based advocacy group.

The report called "A Costly and Unequal Burden" says the rules, commonly referred to as simply "Chapter 19" due to its location in the city's ordinances, place an enormous cost on low and moderate households.

Chapter 19 requires homes and businesses to raise homes to two feet above the 500-year floodplain if the building is new or substantially changed. The rules go into effect Saturday.

"The Chapter 19 changes adopted by the Houston city council place an unreasonable and unbearable burden for flood protection on the residents of these neighborhoods," the report said.

For someone who owns a home and is low income, the cost to raise it two feet above the floodplain could easily be in the hundreds of thousands of dollars. On a 1,500-square-foot home, costs could start at $112,000, the report said.

The city won't approve plans after Saturday unless they meet the new standard.

The rules, hotly debated in Houston's city council in April and narrowly approved on a 9-7 vote, are a response to Harvey flooding and are a step in making serious changes, Mayor Sylvester Turner said Wednesday.


"It's a major step in the right direction," Turner said. "It's a major shift. It's not to say that areas won't flood. It will take a lot of things that we need to do."

"We need to be doing several things at the same time, leveraging one on the other," Turner said.

Turner acknowledged that many areas across Houston are still in need of repair and federal dollars to help them have been too slow.

The Texas Housers report points the finger at the city for not appropriating new funding for flood mitigation. It says the burden of flood protection is now on individuals instead of the city.

You can read the full report at Texas Houser's Scribd page.

Turner is scheduled to visit homes Saturday that flooded during Harvey.