Police turn to Houstonian to pull victims out of sex trafficking

KTRK
By Mayra Moreno
HOUSTON, Texas (KTRK) -- It's one of Houston's worst kept secrets. Hidden under the cover of the city's shadiest motels and blasted on sites like Backpage.com, are underage girls sold for sex.

Victim advocates say sex trafficking is a $99 billion a year industry. In the Lone Star State, a study from the University of Texas states 79,000 trafficked victims are minors. No matter how they got into "the life," as so many call it, getting out is never easy. Now, there is a little hope for the women lost to this underground world in Houston.

It's a side of the sex industry most of us may never see. Eyewitness News got video of the woman, who is actually a young girl reported missing, and eventually found in a hotel room where she was forced to have sex for cash.

The woman who recorded the video is Rebecca Beavers. She's been working for years to rescue people from the life of sex trafficking, and her work comes recommended through word-of-mouth.

"I was tipped off on this case by a family member of a child who they believed was being trafficked and she was filed as a runaway," Beavers said. "I found (her) within three hours' search. I tracked down where she was, the hotel and everything."

She's gotten so good at tracking down victims that she and a few others recently launched the Anti-Trafficking Alliance or ATA.

"It's one of the most exhilarating feelings to call (a family member) and say she's found or he's found," Beavers attests.

Along with connecting victims with a network of services, ATA does recovery missions, finding victims whose families believe were forced into sex trafficking. She even helps law enforcement track down wanted pimps and their customers.

Eyewitness News spent time with Beavers in her Heights office as she trolled internet sites like Backpage.com. She was using advanced programs looking for clues, phrases or images, anything that shows a victim is underage or doing this against her will. She said most of her clients are underage girls.

She said the biggest hot spot in Houston, where sex is clearly being sold, has its own Wikipedia page.

"(It's on) Bissonnet, east 59 to the beltway," Beavers pointed out. "(You see) naked women walking down the street at one o'clock in the afternoon. I mean, it's, you know, it's painful."

A lot of the young girls who need rescuing, she said, come from affluent families

"A lot of them get with guys they think love them, and they think that, you know, really want to build a sort of life," Beavers said.

She was an honor roll student and a church-going girl, but her life turned upside down when she met a guy coming up through the Houston rap scene.

"I'm thinking that I'm in this relationship with this guy and we're going to like have a future together," said McGibbon.

She said for an entire year her pimp groomed her and alienated her from friends and family. He eventually convinced her, she said, to move to Dallas to start his own record label, but he needed to make some cash.

"I got to the hotel room, I walked in and I saw other girls, and I knew that it was just going to be really bad," McGibbon recalled.

For 9 months, she was sold online and then walked the streets doing what she had to do to survive.

"(I did) ecstasy to stay awake," she said. "And (drink) alcohol to try to numb it after your shift."

But on the verge of a mental breakdown, her pimp found her too much of a liability, and she was able to get out but not without losing herself.

It's a sad reality that Beavers said can happen in any Houston neighborhood, and it's why she'll continue to make her recovery missions.

"I want to do my part to clean up Houston, clean up Texas," said Beavers.

As for McGibbon, she now calls herself a survivor leader. Though she got out on her own, McGibbon hopes that by sharing her story, others will understand just how difficult it can be to get out of "the life," highlighting the work of groups like ATA and others throughout Houston in recovering and providing aftercare for survivors.

If you or someone you know may need help out of the life of sex trafficking, here are a few resources:

Anti-Trafficking Alliance HTX specializes in investigations to locate and recover trafficking victim. You can contact them at 713-714-6612.

Trump on Ghislaine Maxwell: 'I just wish her well' 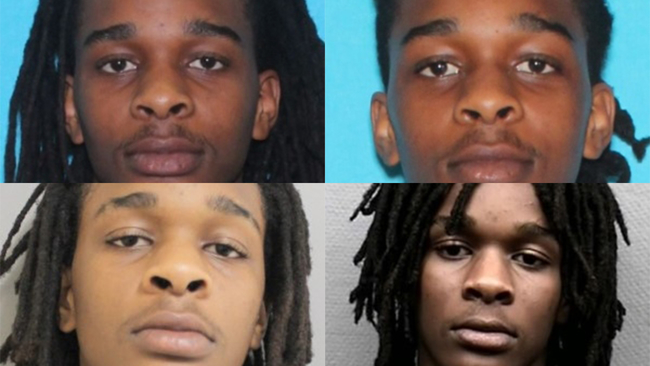