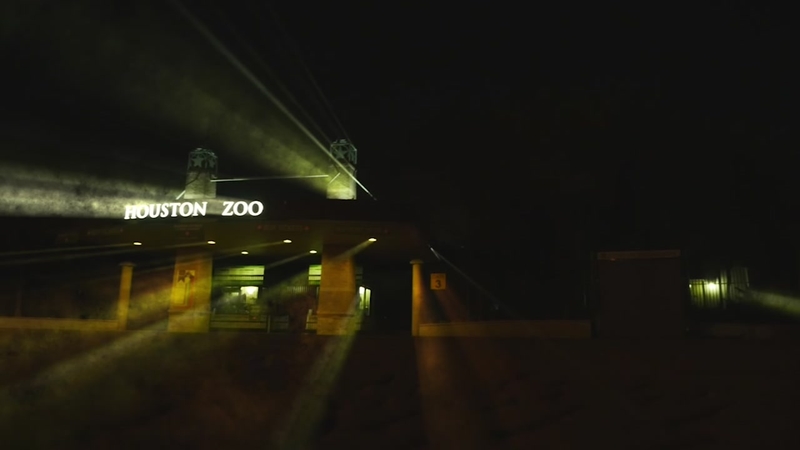 HOUSTON, Texas (KTRK) -- For years, staffers at the Houston Zoo have believed something from beyond is watching them. But who is it, or what is it? As Halloween approaches, we decided to do a little digging into the hauntings at the Houston Zoo.

"Hans Nagle began his zoo career in Houston, June of 1922," said Brian Hill, who worked with the Houston Zoo until he retired in 2014.

Landing here from Germany just a few years earlier, Nagle was appointed by the city as the first zoo director. He was known for the big cat training demonstrations he would put on.

"In some of the old pictures you could see, he goes in with a chair, a whip and big pole and basically puts the cat through its paces ... and people loved it," Hill said.

Nagle was a star among zoo visitors for many years. But not everyone was fond of his showboating. He reportedly had ongoing disputes with the HPD officers that patrolled Hermann Park for years. Then in 1941, Nagle had a confrontation with an Officer Warren in the park, and resisted arrest.

"According to one of the depositions, Hans steps back and reaches down for his sidearm. He never gets it out of his holster. Warren pulls his service revolver and empties his weapon into Hans Nagle. He shoots him six times. Done. Hans falls over, he's dead at the scene," Hill said.

Years later, the zoo grows and expands. The spot Nagle fell is where the commissary building stands today. There's a kitchen and warehouse where employees prepare zoo diets during early morning hours before sunrise. It's here where most of the "activity" occurs.

"Since the building has been put up, there have been weird experiences," said zoo worker Phyllis Pietrucha-Mays.

Pietrucha-Mays has been with the zoo for about 30 years. Usually the first one in the building around 3:30 a.m., she's seen and heard it all.

"You hear a lot of activity in cooler E. (It) sounds like pots and pans, somebody trying to put two things together, making lots of noise," she said.

She tells us there are things she cannot explain.

"I usually keep the lights out when I'm here by myself. And I happened to look and there was a smaller guy just leaning against the doorway looking at me. And I looked again and it was like totally gone," Pietrucha-Mays said.

And sometimes there's a physical presence.

"I was here cleaning dishes, cooking, cleaning, doing what I normally do and I didn't hear anybody come in, but I just felt a light tender touch on my shoulder, and when I turned around there was no one there," she said.

Others get that "feeling" as well.

"I know that there are people in the past that don't like certain spots. They don't like to come through the back door. That the area in the back has a lot of negative force in there," Pietrucha-Mays said.

But perhaps the strangest occurrence...

"Feed comes on pallets, it's usually 50 bags on a pallet. So we use a forklift, get underneath the pallet so we don't break any bags. The next morning when we came to look in the cooler, the pallet was missing. Sort of like when a magician takes the table cloth off of the table and all the plates and everything stays there. It was like somebody had taken the pallet off and just disappeared," Pietrucha-Mays said.

Whether there's an explanation for everything or not, employees believe it very well may be the ghost of Hans Nagle.

"It's one of those situations where is it what you've heard, or is it a sixth sense that you've got? But that place always gave me the creeps," Hill said.

Imagine seeing this pop up as you're walking by!