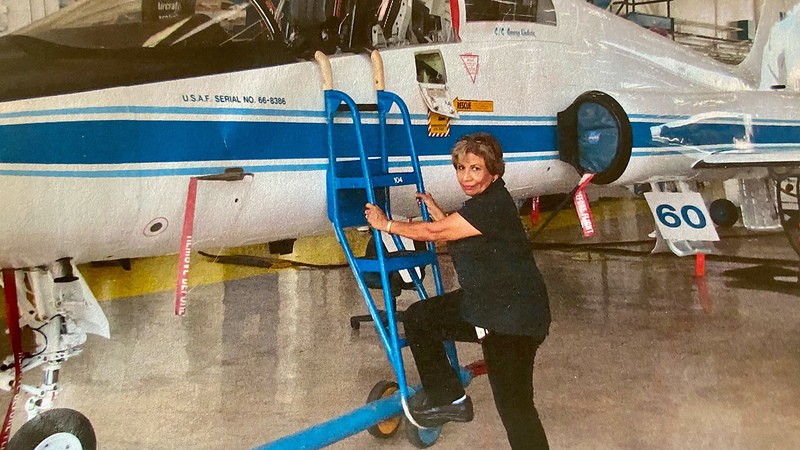 HOUSTON, Texas (KTRK) -- With the holidays right around the corner, a Houston woman is warning others about the dangers of getting together during this time after she lost her mother to COVID-19 in August.

In an emotional interview with ABC13, Theresa Garcia recalled how and when her mother, Irma Garcia, first got sick.

"My mom started off with a cough, but everybody knows that Hispanic moms, they don't go to the hospital - and [my mom] she didn't want to go," Theresa said. "A little bit after Father's Day, we noticed that she started getting sick and the cough was progressing and I was just like, 'I'm taking you in,' and I took her [to the hospital] on June 26. They released her the next day, only to call me back June 28 and they told us to take her back in."

Theresa said her mom was there until July when doctors said she was doing better. Irma was placed in a medical facility for recovery. While at the facility, instead of getting better, Irma started getting worse.

"She was still at 80% breathing and she was a lot better, so that's when [doctors] put her in a medical resort," said Theresa. "When they put her there, they were short-staffed, everyone was getting sick with this illness and it was my belief that she got [coronavirus] there. I took her back to Methodist and at that point in time, she required to be on a ventilator. She stayed there until she passed away at end of August."

Theresa says her mom had recently retired from NASA after working there for 20 years.

SEE ALSO: If Houston cases continue to rise, here are the restrictions that could be coming

"When they found out she had passed away, they flew their flag at half staff. They gave me and my father a flag in memory of her, because they really, really loved my mom. They said she was a hard-working woman," Theresa said through her tears.

After her mom passed away, Theresa took in one of her mom's dogs. One who she says meant the world to her.

"My mom's dogs were her world, she loved those dogs more than she loved us," said Theresa.

With the dog, Theresa had a piece of her mom. But tragedy struck again recently when the dog went missing.

"I wasn't here when he was missing, I was out of town. Someone was watching him for me and she opened the door and the dog ran out," Theresa said. "Now it's been a big search. I've been knocking on people's doors, I've gone to every place in my neighborhood."

Theresa says she is hoping someone will help bring the dog back home to her, as she said he means everything to her.

SEE ALSO: How to safely celebrate holidays with family during the COVID-19 pandemic

As for her reminder to others planning their festivities, "mask yourself up."

"I know Thanksgiving and the holidays are around the corner, I'd say check everybody's temperature and even wear your mask," Theresa said. "At this point in time, everybody's doing everything they can just not to get it."