7 people shot, 3 killed in violent night of shootings across Houston 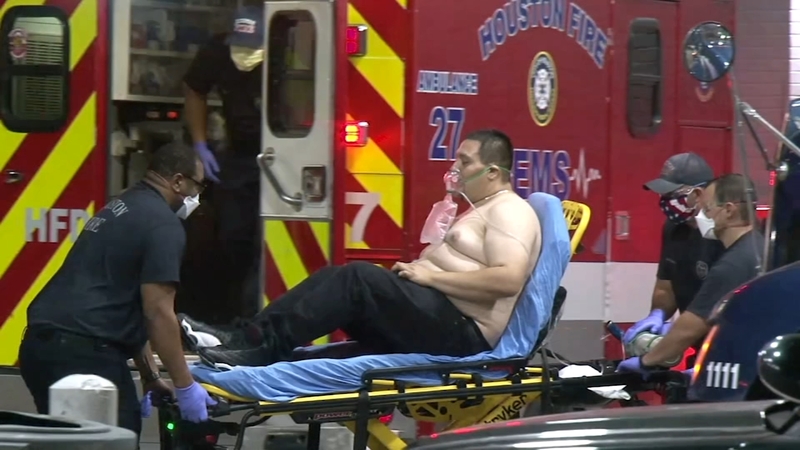 The worst of the bunch involved an ambush on a southeast Houston apartment, where four people were shot and three were killed.

The shooting happened off Calhoun and Ward around 1:10 a.m.

Two men and one woman died at the scene, and an additional male victim was rushed to Ben Taub Hospital in critical condition.

Earlier Friday morning, a man says he was randomly shot while driving on the North Loop.

He told officers a Honda Accord with several men inside pulled up and shot him in the shoulder.

The man pulled into a gas station for help around 12:30 a.m. on the North Loop near Homestead.

Video from the scene shows bullets ripped through the passenger side of the car.

On Houston's south side, police are looking for a gunman who shot a man while he was riding his bike.

The shooting happened off Eastwood near Ward Street.

The victim told investigators we saw a man in a van get upset with a woman, and then started shooting.

That's when the victim says he was hit in the rear end. He was taken to the hospital and is expected to be okay.

Finally, another random shooting occurred on 288 near MacGregor around 9:55 p.m. where the victim told police his car was randomly targeted.

The man was struck in the back, but is expected to survive.

All four overnight shootings occurred within about three hours of each other.