Pedestrian hit on I-45 Gulf Fwy was trying to cross freeway, police say 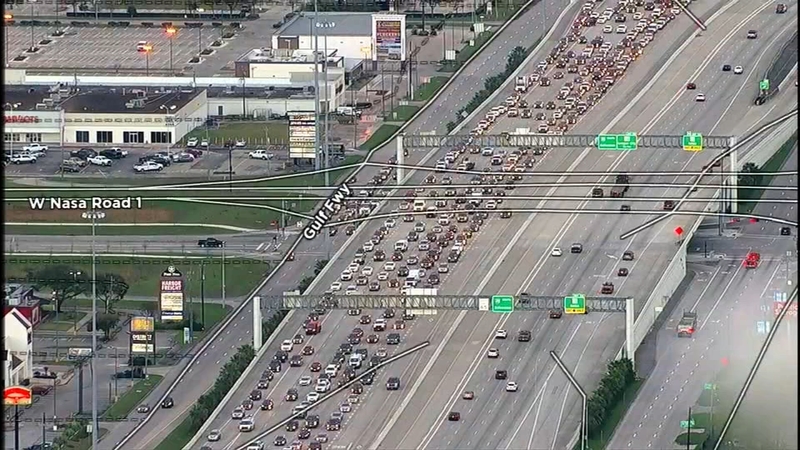 WEBSTER, Texas (KTRK) -- Authorities say the pedestrian hit on I-45 Gulf Freeway at Bay Area Blvd. was trying to cross the main lanes.

Traffic was brought to a standstill after the highway was shut down for several hours Tuesday morning due to the crash.

Webster police say they responded to reports of a pedestrian being hit between West Bay Area Blvd and El Dorado Blvd.

The crash caused massive delays for commuters trying to make their way north from places like League City, Texas City, and Dickinson.

According to police, the man is currently in surgery at HCA Clear Lake Hospital and is reportedly in critical condition. Officials are still working to confirm his identity and to find out why he was attempting to cross the freeway.