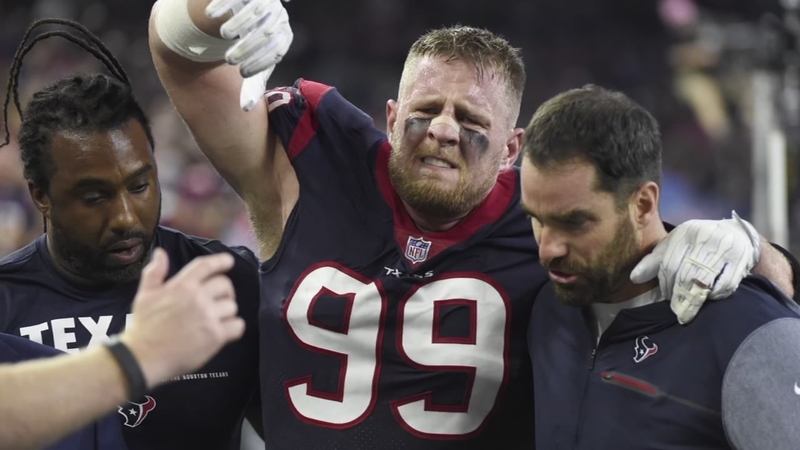 The defensive end was injured while being blocked midway through the first quarter and fell to the ground.

Fans described seeing Watt hurt on the field as "scary."

"We got to work as a team together," another fan told ABC13.

Heartbroken For You Brother. #InjuriesSuck @JJWatt

The three-time Defensive Player of the Year returned this season after missing the last 13 games of last season after his second back surgery.