Osweiler to remain on bench; Savage to start vs. Titans 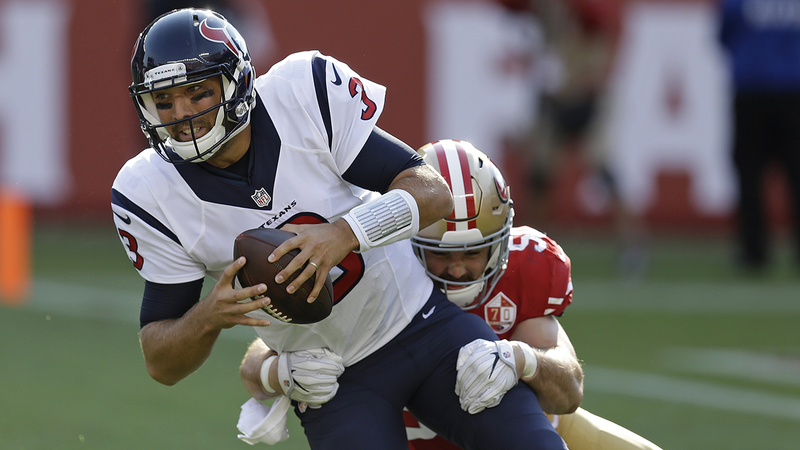 Osweiler to remain on bench; Savage to start vs. Titans

HOUSTON -- The Houston Texans are sticking with Tom Savage at quarterback on Sunday against the Tennessee Titans.

Savage made his first career start in place of Brock Osweiler on Saturday night in a 12-10 win over the Bengals that allowed the Texans to clinch the AFC South.

Osweiler was benched in the second quarter two weeks ago against Jacksonville and Savage took over to help the Texans rally for a 21-20 victory.

Coach Bill O'Brien said early last week that Osweiler would remain on the bench, but wouldn't say then if Savage would start the rest of the season.

On Monday he said that Savage would start in the regular-season finale against Tennessee, but didn't say anything about Houston's playoff game.