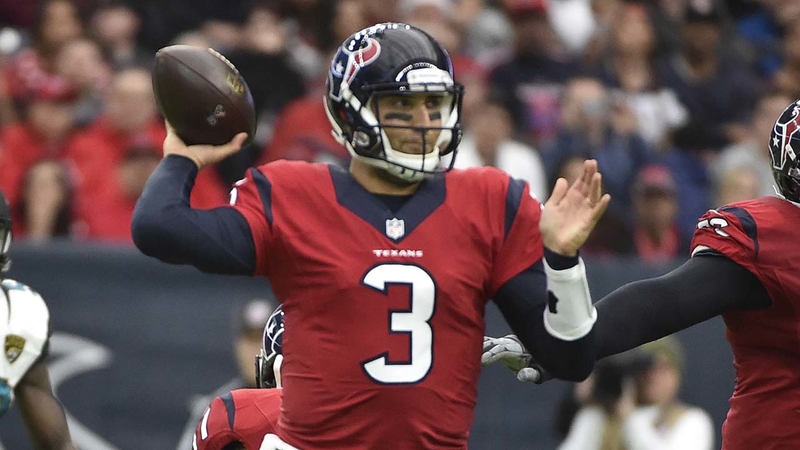 HOUSTON -- Tom Savage will start at quarterback for the Houston Texans on Saturday against the Cincinnati Bengals.

Coach Bill O'Brien announced the decision on Monday, a day after Savage took over in the second quarter when Brock Osweiler was benched against the Jacksonville Jaguars.

Credit O'Brien for making the change. Savage gives us the best chance to win, per O'Brien. #Texans

Savage threw for 260 yards to help Houston rally from a 13-point deficit for a 21-20 win in his first regular-season action since 2014.

O'Brien wouldn't say if he planned to start Savage for the rest of the season, saying the team is focused on the Bengals.

Osweiler has struggled in his first season in Houston after signing a $72 million contract to join the Texans from Denver. He threw two interceptions before he was benched on Sunday to give him 16 interceptions and just 14 touchdowns this season.