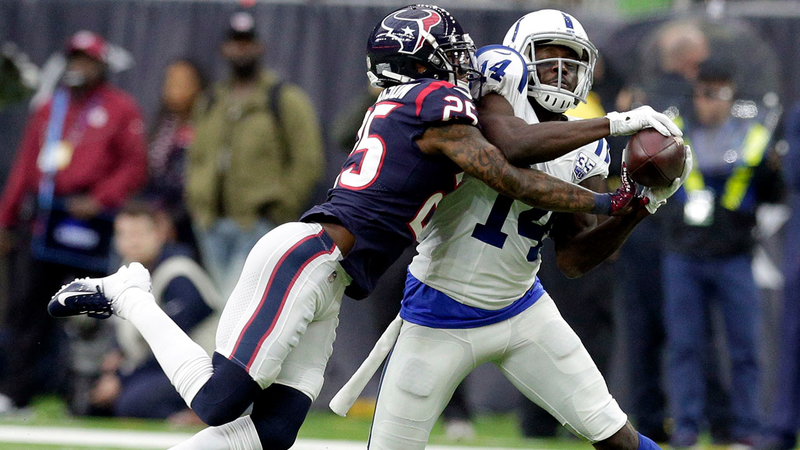 Owen Daniels looks ahead to the rest of the Texans season

HOUSTON, Texas (KTRK) -- Plenty of work still lies ahead for the Houston Texans after Sunday's 24-21 loss to the Indianapolis Colts.

Both teams exchanged several punts to start the game, before the Texans took a 10-play, 82-yard drive into the end zone for an early 7-0 lead.

The Colts fired back with a pair of unanswered touchdowns in the second. The first score was a 4-yard Marlon Mack run, followed by a Andrew Luck's 14-yard pass to Eric Ebron.

Adam Vinateri closed out the first half with a 54-yard field goal to make it 17-7.

In the second half, Lamar Miller struck first on a 1-yard touchdown run to bring Houston within three points.

Unfortunately, Luck hit Zach Pascal for his second touchdown of the game to go up 24-17.

A DeAndre Hopkins touchdown catch with 2:37 left in the game gave the Texans one last bit of hope for a comeback, but on the ensuing Colts possession, a neutral zone infraction penalty by Jadeveon Clowney sealed the Colts victory.

While the loss ends the Texans 9-game winning streak, the team still controls its own destiny.

Three games remain on the season and the Texans still hold a two game lead over the Tennessee Titans and Colts to clinch the AFC South.