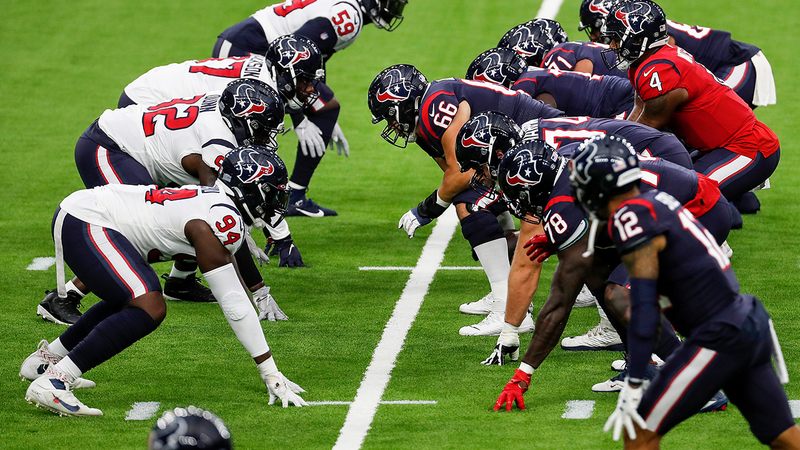 The much-anticipated game will be played with fans in the stands, unlike most other professional sports games this weekend.

Arrowhead stadium will be limited to 22% capacity or about 16,000 fans.

The Texans are having a drive-in watch party for season ticket holders outside NRG Stadium here in Houston.

Fans will be able to tailgate in the stadium parking lot and watch the game on big screens. Masks are required for the event, except while eating and drinking.

"We just want you to know we love you very much," his family told him.

The Texans cheerleaders, who won't be on the field for at least the first two home games, say it might feel different this year, but they are ready for virtual or in-person cheering.

"It still feels like a normal season to me. Honestly, we're doing zoom practices," Texans cheerleader Lauren C. told ABC13's Tom Koch. "We're just as excited as we would be if we were to go on the field. It's just incredible."

"This is my first year on the team, so it is a bit different, but like Lauren said, we have so much going on," cheerleader Kaylon said.

ABC13's Nick Natario spoke with one of the Texans' biggest fans ahead of the game. You can watch his touching report on ABC13 at 4 p.m. Thursday.

TEXANS SURPRISE: No fans in the stands hits some harder than others. Dominic’s mom uses 🏈 as a way to help him cope with his treatment. Hearing this, I asked my buddy, @TexansTORO1 to give an epic surprise. Watch it only on @abc13houston at 4pm Thursday. https://t.co/4oQ9ZejuXc pic.twitter.com/3rHKCZb1Ro