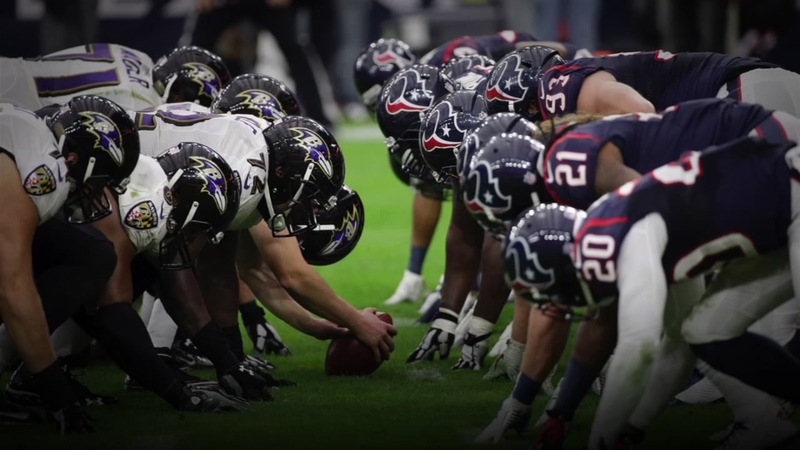 HOUSTON, Texas (KTRK) -- The Houston Texans hoped to keep their playoff hopes alive when they visited the Baltimore Ravens on Monday Night Football, but after a close game those hopes were dashed. The Texans fell to the Ravens 16-23.

The Texans have a losing record when playing on Monday night, winning only four of the 13 contests they've played in franchise history.

After entering the league in 2002, Houston would not debut on Monday night until 2008 during a home game against the Jacksonville Jaguars. The Texans won the decisive late-season matchup, 30-13.

The Texans have taken on each of their AFC South rivals on Monday Night Football, going 1-2.

Monday's match-up with the Ravens was their second ever contest on MNF with the AFC North team. The Ravens won at NRG Stadium in the 2010 season, 34-28.

ABC13 Sports caught the Houston Texans arriving at their team hotel in Baltimore ahead of MNF.

The team's most lopsided loss on Monday night came on the road against the New England Patriots in 2012. Known as the "Letterman Jacket" game, the Texans gave up three Tom Brady touchdown throws in a 42-14 loss. At the time, Houston was riding the momentum towards a second straight AFC South title. The game was most memorable for the new letterman jackets worn by Texans coaches and players on the sideline. Many fans blamed the football fashion pieces as the reason for the loss.

Another memorable MNF game was in 2016 when then-Texans quarterback Brock Osweiler's return to Denver. The Broncos humiliated Osweiler, 27-9.

There were flashes of greatness, though, for the Texans.

In a week 1 game in 2013 against the Chargers, the Texans scored 24 unanswered points to come back to win against San Diego, 31-28.

The Texans also handed the Bengals, who were looking to go 9-0, their first loss of the 2015 season with a memorable last minute touchdown toss by T.J. Yates to DeAndre Hopkins.