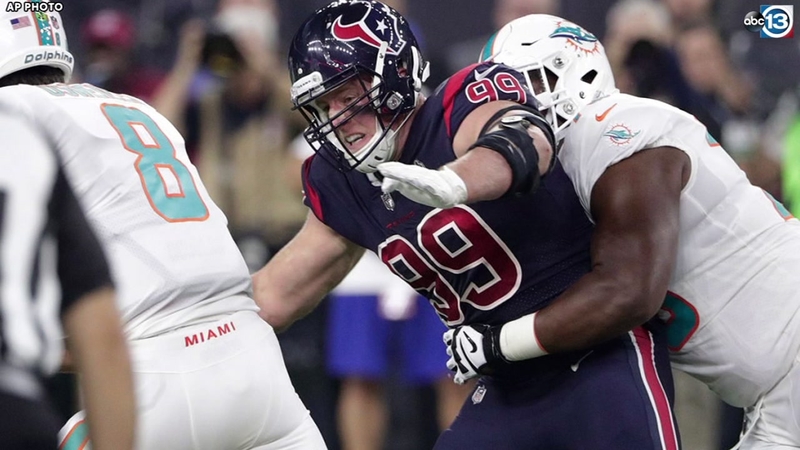 HOUSTON, Texas (KTRK) -- Under the bright lights of NRG Stadium, a familiar foe was the only thing standing in the way of the Houston Texans extending their winning streak to five games.

But no revenge would be had for former Texans quarterback Brock Osweiler, as Houston took down the Miami Dolphins by a final score of 42-23.

The Texans started their night slowly as the Miami Dolphins struck first, taking a 7-0 lead on a 12-yard rushing touchdown by Kenyan Drake.

Miami's lead was short-lived as Texans running back Lamar Miller, a former Dolphin, scored from two yards out to tie the game.

The Dolphins managed a 37-yard field goal prior to halftime, cutting Houston's lead to 14-10.

Any chance the Dolphins had completely diminished in the second half.

Thomas recorded his second touchdown catch of the night on a 2-yard grab from Watson, which made the score 21-10.

A trick play touchdown pass from Woodlands-native Danny Amendola found Drake in the end zone to make it 21-17, but it wouldn't be enough to keep up with Watson and company.

The Texans can win their fifth straight game, but a familiar foe is standing in the way.