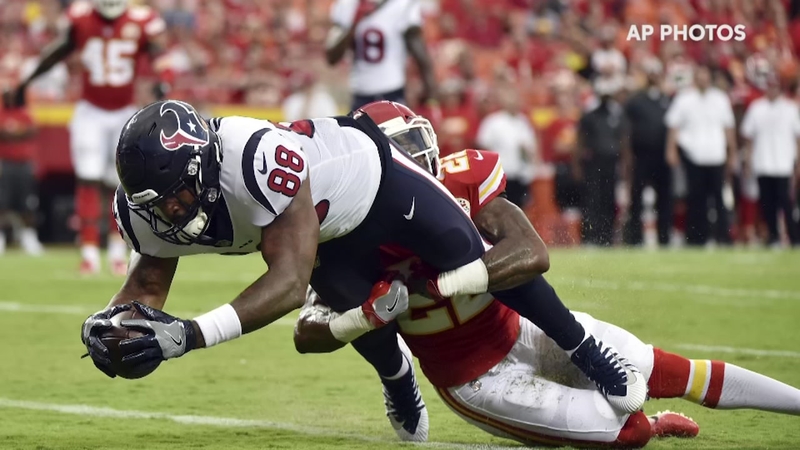 In his first pre-season game the former professional Texas Rangers baseball player, who at one point had offers to play division one college basketball, caught two touchdowns.

With his work ethic and dependability, he has quickly emerged as an extra weapon for head coach Bill O'Brien. With the two touchdowns, Akins became the first player in franchise history to catch two or more touchdown receptions in one pre-season game. It was a moment Akins had dreamt of since his childhood in Georgia.

"Adrenaline rush, excitement, relief, you know just getting rid of the jitters. You know coming out with that ball is something I dreamed about since I was a kid," said Akins.

He practices the same way he plays and uses music as motivation, which ranges from the rapper Future to the reggae of Bob Marley.

Akins believes in the saying, "All mama's food is good food" and the way to his heart is through soul food.

His favorite dish is his mother's meatloaf with mashed potatoes, green beans, cornbread and beans which he can talk about for days. As for his favorite cheat snack, he keeps in secret from his coaches? Akins says oatmeal cookies. Actually, he will dive into any kind of cookies, but for the meantime, let's keep that quiet. We want Jordan catching more touchdowns and not running extra sprints for stashing cookies in his locker.