'I HAD A LOT OF ROOM': Texans' Deshaun Watson rode bus 12 hours to game 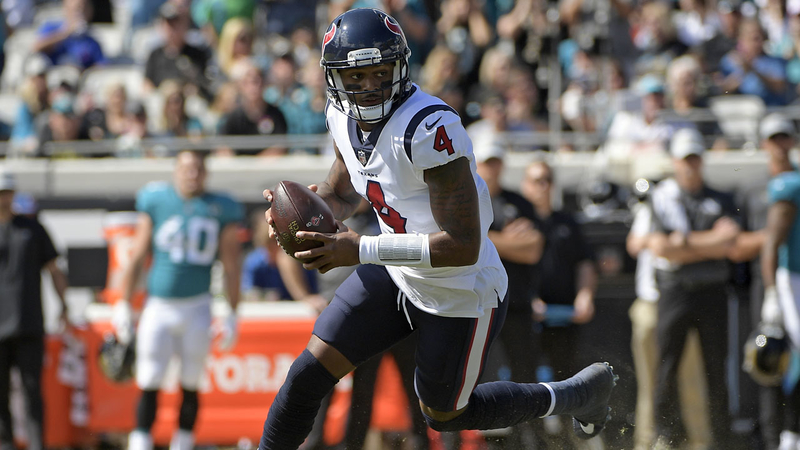 JACKSONVILLE, Florida (KTRK) -- Deshaun Watson did not fly with the Houston Texans to Jacksonville because the team was concerned about the effect the air pressure could have on the quarterback's injuries.

According to a report, Watson was sent on a 12-hour bus ride from Houston to Jacksonville for the team's Week 7 contest against the Jaguars.

"I had a lot of room," Watson joked. "It was smooth. We just hung out, watched some film, covered stuff, played a game, watched TV, sleep. That was pretty much it."

Watson has been playing through injuries since the Texans' Week 5 victory over the Cowboys. He was listed with a chest injury on the Texans' injury report in the week leading up to the game but practiced in full all week.

RELATED: Celebrate the Texans victory with these freebies

But Watson may have some company on his 12-hour bus ride back home.

"It sounds like it was a pretty sweet deal," said Texans defensive end J.J. Watt. "I might see if I can hop on on the way back with him. We can ice up some beer and have a good time."
Report a correction or typo
Related topics:
sportsfloridahoustonjacksonville jaguarsnflhouston texans
Copyright © 2022 KTRK-TV. All Rights Reserved.
TOP STORIES
Timeline breaks down Uvalde shooter's movements day of massacre
3 dead in apparent murder-suicide in NW Harris Co., sheriff says
TX school shooting leaves at least 19 children, 2 adults dead
Uvalde school shooting: What we know about 19 kids, 2 teachers killed
Beto O'Rourke confronts Texas gov. at Uvalde shooting press conference
Houston mayor after shooting in Uvalde: 'Our values are messed up'
HISD staff encourage talking with kids about Uvalde tragedy
Show More
Where do Texas gun laws stand?
Mother of Houston Olympic champion receives donated food truck
More firearm dealers than mental health providers in Uvalde
How Houston can help Robb Elementary School shooting victims
Here's what to know about NRA meeting in Houston
More TOP STORIES News