For the love of Watson: Texans quarterback is the talk of town 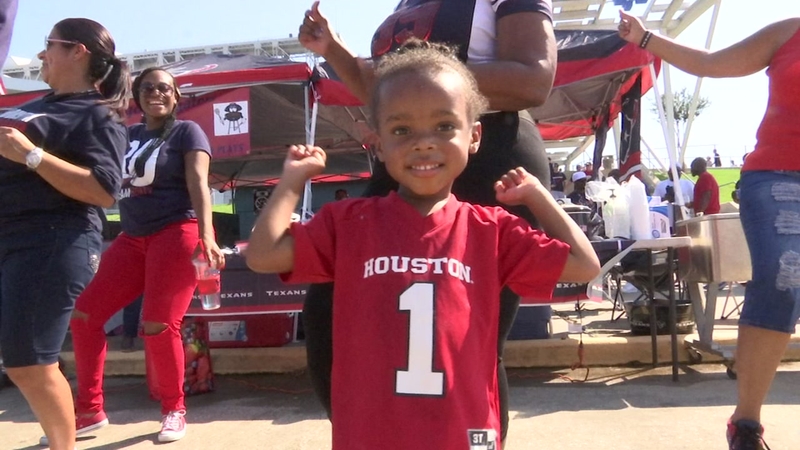 HOUSTON, Texas (KTRK) -- After two impressive weeks, Texans rookie quarterback Deshaun Watson has not only captured the hearts of many Houstonians but the entire football world.

On the field, Watson has guided the Texans to a 1-2 start -- with a great showing Sunday against the Tennessee Titans. Off the field, he has caught the attention of the nation after an unselfish act and paying it forward to a group of women who needed it the most.

With a base salary of $465,000, Watson donated roughly $27,000 of his first NFL game check to three NRG Stadium cafeteria workers who lost everything in Hurricane Harvey. It's an act that is a testament of his character and role in the Houston community.

"We finally have a QB that we've been waiting for," a fan told ABC13. "We love you, we love your actions, we love you in the backfield. You've got some moves, baby!"

"The best rookie in the NFL," a group of fans shouted. "Fan-freaking-tastic!"

After years of searching for a franchise quarterback, the Texans may have found theirs by way of Clemson University and Gainesville, Ga.

For the love of Watson.

David Nuno takes a trip to the hometown of Deshaun Watson.