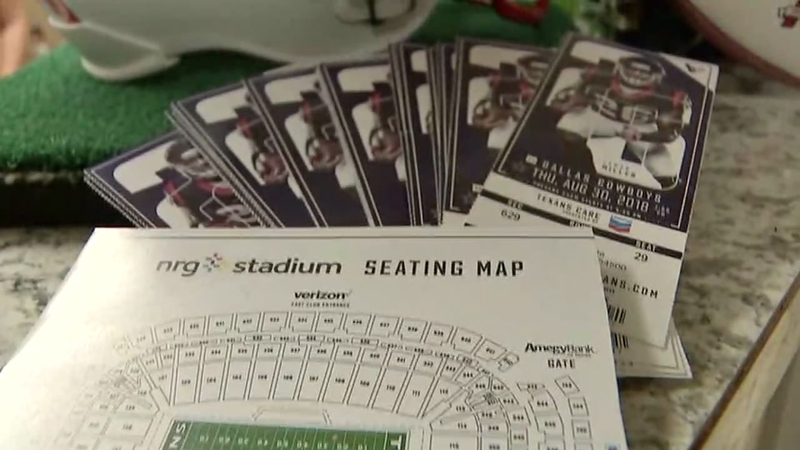 HOUSTON, Texas (KTRK) -- Houstonians may hate to admit it, but the Dallas Cowboys help with ticket sales.

Not only will there be a big showing for pre-season, but phones are ringing off the hook for when the "Boys" come back in October for regular season.

Everyone is trying to get their hands on the season home open against the Giants September 23.

"I have been getting calls every single day until 9 at night, asking how they get into that Cowboys game October 7," Kayla Ramsey with Midtown Premium Tickets said.

There are no shortage of fans who bleed silver and blue. Eyewitness News found one couple in the Texans Team Shop.

"I'm just representing for my 'Boys.' When I win today, they're all going to buy me a million shots."

You may have to pay a pretty penny for the high profile games this season, but that's not stopping Texans fans from getting their tickets early and letting the rest of America know they are ready to cheer on their team.

"The Texans are looking good this year, so we're hoping for another playoff run," Ramsey said.

The Texans moved to mobile ticketing, which comes straight to your phone and should help cut down on fraud.

Ticket experts suggest never paying cash for a ticket and always getting a receipt.