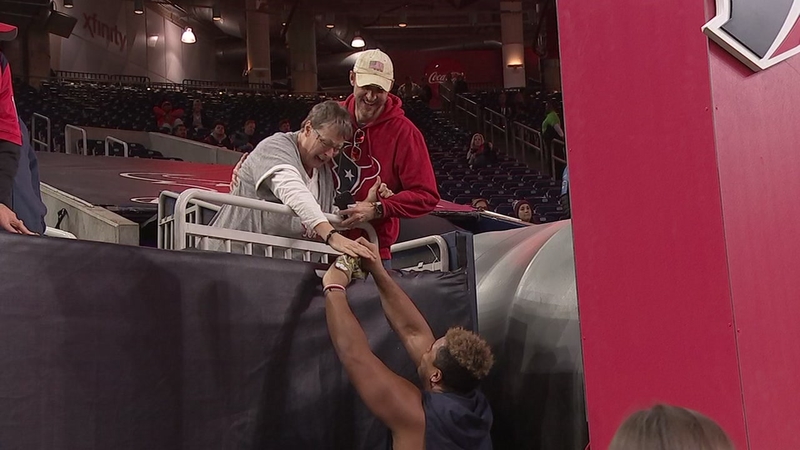 HOUSTON, Texas (KTRK) -- We don't know if Houston Texans defensive end Christian Covington will give you the shirt off his back, but he has no problem giving you the gloves off his hands!

That's what happened for one Texans fan who couldn't hide her excitement over meeting the star, who said she used to be an Oilers fan and remembered how badly the city needed an NFL team after the Oilers left.

While holding both of Covington's hands as she stood in the stands, he slipped off his gloves and gave them to her.

Covington, who is known as C4, came up big for the Texans on Monday's night game versus the Tennessee Titans, sacking Titans quarterback, Marcus Mariota.

It was an emotional victory for the Texans who played their first game since team owner Bob McNair died on Friday.

The Texans won 34-17. And now a fan has something else special to celebrate after that moment with Covington.