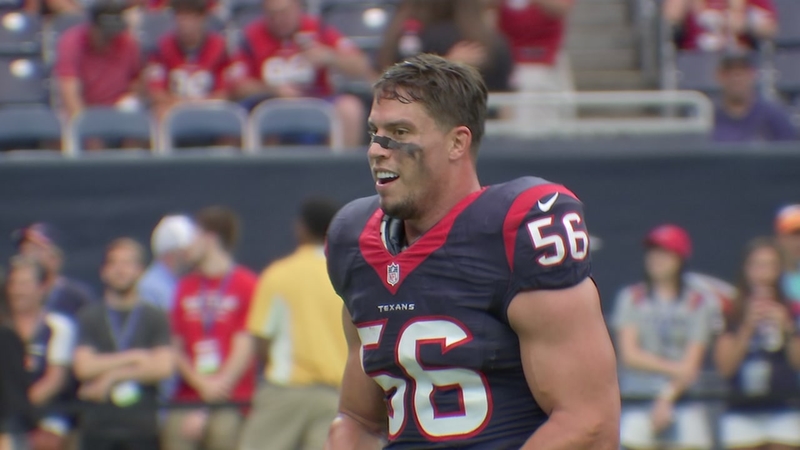 HOUSTON, Texas -- Houston Texans linebacker Brian Cushing said Wednesday that his 10-game suspension for violating the league's policy on performance enhancers stemmed from the use of an unapproved prescription to treat a mental issue.

Cushing would not divulge what he took or exactly what he sought treatment for.

"I don't want to get too much into particulars," he said. "But there was a good amount of things bothering me in this past offseason, most mentally. And I was getting a prescription medication that I probably shouldn't have been; I should have been more careful with and I should have communicated with the league a lot better about."

Cushing says other players have approval from the league to take the drug he was suspended for and that he's working with the NFL to get an exemption, too.

It's the second time Cushing has been suspended under the same policy after missing the first four games of 2010 after testing positive for HCG, a fertility drug that is on the league's banned substance list.

After that suspension he denied taking any banned substances and said that after failing that test, he was told HCG can get in your body from injecting it or because of tumors. He then said this information led him to believe he had tumors.

He was asked Monday if he hopes his explanation stops people from thinking that he was suspended for something steroid-related.

"I hope so. I hope they understand that I had an issue that I was trying to better myself with," he said. "As I've gotten older there's been a lot of things that I've been worrisome about, especially with a lot of the other players that have played and retired and kind of the situations and conditions they're in. So it's one of those things that I've tried to better myself with, but should have been more careful and take full responsibility for it."

Cushing won Defensive Rookie of the Year in 2009 after piling up 133 tackles and four sacks. The Associated Press' awards panel conducted a revote after his suspension and he retained the honor, but received less than half of the 39 votes he received in the initial vote.

Cushing has had several major injuries in his career and played 12 games combined in 2012 and 2013 because of knee injuries and a broken leg. He missed three games last season because of a sprained knee ligament and sustained a concussion in Houston's season opener against the Jaguars this season.

The Texans used a one-week roster exemption last week to assess where Cushing was at before putting him on the active roster. Coach Bill O'Brien said Wednesday he expects him to play on Sunday against San Francisco.

The 30-year-old Cushing apologized for his mistake and fought back tears when asked how difficult it was for him to sit out for so long.

"(I'm) just very regretful and I felt terrible about it - just a terrible situation," he said. "Any time I'm absent from here I feel like I let a lot of guys down, let a lot of fans down. And this is the No. 1 thing in the world I enjoy doing, and there's no question in my mind about that."