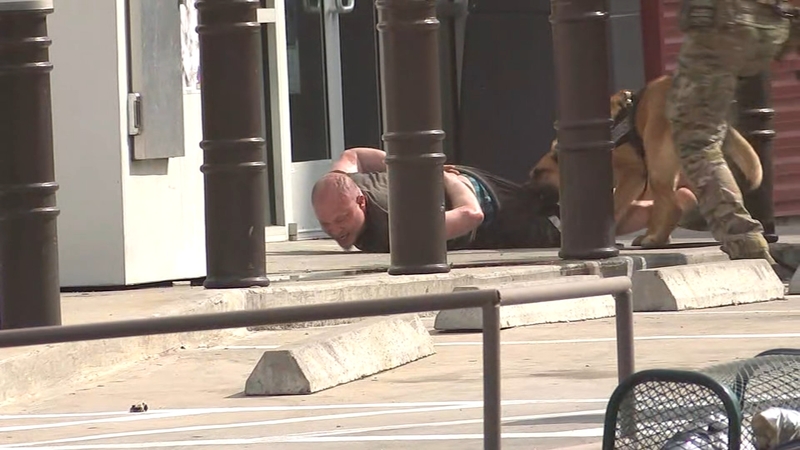 HOUSTON, Texas (KTRK) -- Houston police were able to resolve an hours-long standoff involving an armed man in a crisis at a gas station just off the Southwest Freeway.

SWAT officers in tactical gear took down the man without further incident in the 8600 block of the Southwest Freeway, near Gessner, on Monday afternoon.

A person who works at the business where the standoff took place told ABC13 the suspect entered the store waving a gun around earlier in the morning.

Police were called at about noon, and officers remained there ever since.

In the midst of the ordeal, police had advised people to avoid the area due to several closures. HPD said the inbound service road of Southwest Freeway was closed before the Gessner intersection.