12-year-old wrestled knife away from brother during stabbing: Sheriff 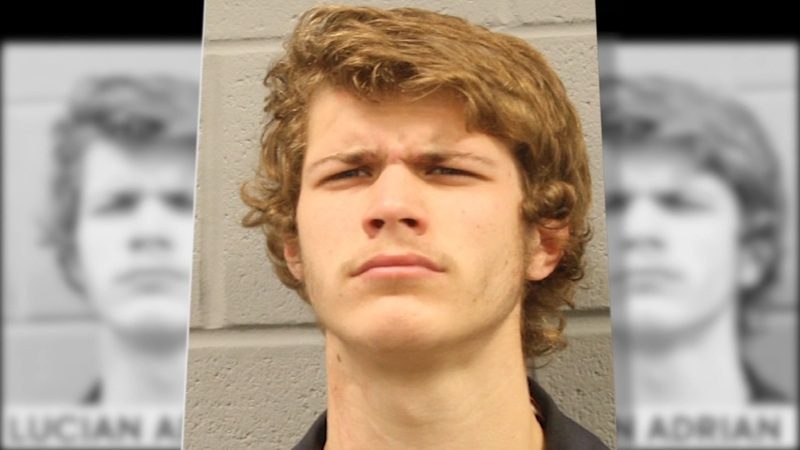 KATY, Texas (KTRK) -- A 12-year-old boy is being hailed a hero after saving his great-grandparents from being stabbed to death by his half-brother during an argument.

Harris County Sheriff Ed Gonzalez said the couple, the boy and 20-year-old Lucian Adrian Johnston were in a car, when Johnston got into a verbal argument with his great-grandparents.

According to the sheriff's office, the argument began after the great-grandparents, who are 76 and 92, told Johnston he could no longer live with them due to concerns about his recent behavior.

Deputies said Johnston, from the backseat, began stabbing them in the head and neck with a pocket knife.

ABC13 spoke with the 12-year-old boy Sacha about how he intervened. Sacha was also in the backseat.

"What I did was I grabbed him from behind. I pulled him backwards trying to get him away from grandma," said Sacha, who did not want to show his face during the interview.

"But I did grab the knife. I held that to his neck also. He bent back my finger, which is still sore right now," Sacha continued. "He head-butted me, which I have a loose tooth from that, but I do not really care."

Deputies said Johnston later fled the scene after the car came to a stop.

"So I'm still looking at the knife in my hand, throw it, shut and lock the door. I yell at her to shut and lock her door," Sacha recalled.

Deputies say his great-grandparents drove themselves to the hospital, where they were treated for their wounds. That's where the family was met by deputies, who gave Sacha a special coin.

"He said, 'You're a hero, so you deserve this.' He pulled it out of his pocket and gave it to me," Sacha said.

Update: the adults are actually his great grandparents. Both are recovering well. The real hero in this ordeal, is a 12-year-old that was also in the backseat at the time of the brutal attack. He managed to wrestle the knife away from Johnston & threw it out the window, which https://t.co/DCihnMh2xi

As for Johnston, he was arrested and is now facing two counts of aggravated assault with a deadly weapon, according to Gonzalez.

He was set to appear in court overnight, but did not because he's undergoing mental health evaluations at the jail. Johnston's bond was set at $80,000, but was raised to $100,000 on Tuesday.

Johnston was also charged with assaulting a family member in 2017. The judge ordered he not be allowed to go anywhere near the great-grandparents.

"The real hero in this ordeal is a 12-year-old that was also in the backseat at the time of the brutal attack," said Gonzalez in a tweet thread. "He managed to wrestle the knife away from Johnston & threw it out the window, which successfully stopped the attack."

The great-grandparents were released Monday night and are expected to make a full recovery.

"I've talked lately about my worry for the trauma impacting so many in our modern era," said Gonzalez in a tweet, who sounded distraught about the incident. "Surely, this entire family, including the 12-year-old, has new trauma to process."

Yes, he’s related to both. I’ve talked lately about my worry for the trauma impacting so many in our modern era. Surely, this entire family, including the 12 yr old, has new trauma to process. Will that trauma be dealt with our not? RT @JayRJordan: https://t.co/XSoaJC2vAl

The boy was not injured during the incident and told investigators he was excited to help. Gonzalez said the boy "truly prevented a double-murder."

"His grandfather praised him immensely for saving their lives," said Sgt. John Klafka. "(The great-grandfather) said if it wasn't for his grandson, the older grandson would've killed him. He felt positive of that."

Both of these parents are being held in jail on $7,500 bonds after endangering their two children.