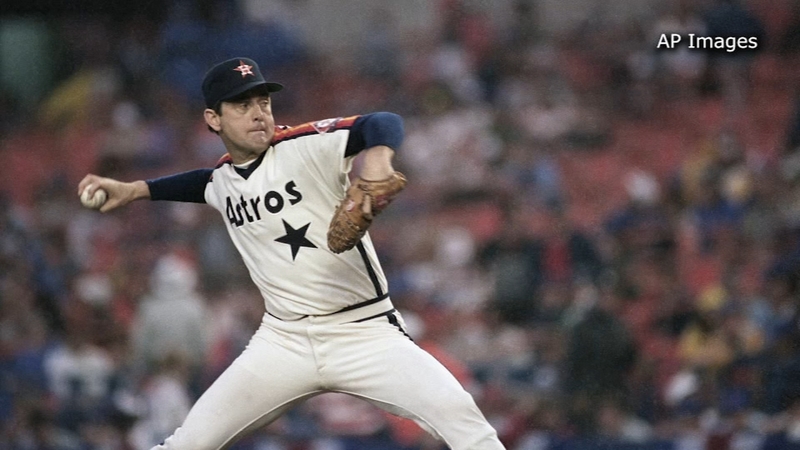 "I had just watched, for the second time through, the Michael Jordan documentary 'The Last Dance,'" Bradley recalled. "And being a filmmaker who works a lot in documentaries, I was very jealous of that movie. 'Where's my Last Dance? Who's the athlete I'm obsessed with?'"

Nolan Ryan was the answer.

So Jackson, born and raised in Houston with Ryan as his childhood hero, worked with a pair of collaborators to formulate a pitch to the Ryan family. Just more than a year later, after a nudge from Nolan's wife Ruth, Facing Nolan, a documentary about the life and career of Ryan will premiere at the South by Southwest film festival Saturday.

"(Jackson) ended up creating a film that, whether you're a diehard baseball fan or you're somebody that doesn't know anything about Ryan, you're going to find the story interesting," Reid Ryan, Nolan's son and an executive producer on 'Facing Nolan' explained. "He really was sort of the last kind of a class of players that came up with depression-era parents that had incredible work ethic. His Texas roots and who he was on the field represented a lot of people in the way they live their life in this state, and I think that Nolan Ryan the Texan and the baseball player are synonymous with one another."

Inspired by another sports icon, Houston native Bradley Jackson was driven to direct a film about Texas legend Nolan Ryan.

Jackson, who worked with producer Russell Wayne Groves and cinematographer Jacob Ryan Hamilton on the film, says 'Facing Nolan' is a love-story wrapped in baseball.

"Nolan Ryan might be the main character of this film, but his wife, Ruth, and their family are the true engine behind the Ryan Express," Jackson noted. "They helped propel his records and accomplishments into existence."

Ryan family members aren't the only Lone Star State legends in this film, as iconic Texans like President George W. Bush, Craig Biggio and Roger Clemens are also featured. The film premieres Saturday at 2:45 p.m. and will have other availabilities throughout the SXSW festival.

"I think it's a sense of pride," Reid said of his emotions approaching the world premiere of 'Facing Nolan.' "I think we put the team together that really told a story that is the true Nolan Ryan - one that's interesting, first class - and the editing and cinematography is incredible. I don't want to ruin it for people, but it's just a very well made film and I think whatever people's expectations are when they go in and see it it's going to exceed them."

"I feel like so many of our athletes have these dark sides that we uncover either during while they're playing or later in life, and I wasn't interested in making that kind of movie," Jackson said. "And (Ryan) isn't that kind of guy. Not that he's a perfect person, but there are no real skeletons in the closet. It's just a really family-friendly movie. It has a little bit of edge to it, just because he's getting in fights and hitting people and he's a cowboy a little bit, but it's got a little bit of something for everybody."

Bradley and Reid say their hope is to have 'Facing Nolan' available for both for in-person viewing and streaming at some point in 2022.