1 injured in shootout on W. Airport; innocent driver ends up crashing into home

KTRK
By Jessica Willey
HOUSTON, Texas (KTRK) -- An innocent driver crashed into a house in southwest Houston as she was trying to escape bullets from a nearby shooting, police say.

Houston police say two cars were parked next to each other for a drug deal. There was an exchange of gunfire. One man was shot in the arm and the driver of the other car took off.

Surveillance video from the corner store obtained by ABC13 captured the shooting. Moments later, the fleeing car crashed into an SUV. The driver got out, as video shows, and ran off. Police are now looking for him. A description was not immediately released.

At the same time as that crash, a woman in her car at the front of the store got frightened, police say, and tried to escape to safety.

"In an effort to get out of the area, she floored the accelerator," said HPD Lt. Larry Crowson. "[She] lost control, went across Airport, through a fence, through another fence and inside the house."

"It almost hit me," said Robin, who did not disclose her last name. "It felt like an earthquake. The whole house, coming down. Sparks everywhere."

Robin was inside with another adult and two children. The car came to a stop just a few feet from her. The driver, a woman in her late 70s, was frightened, Robin said, but is okay.

"We're just glad everyone is okay," she added. "That's all we can do is thank God." 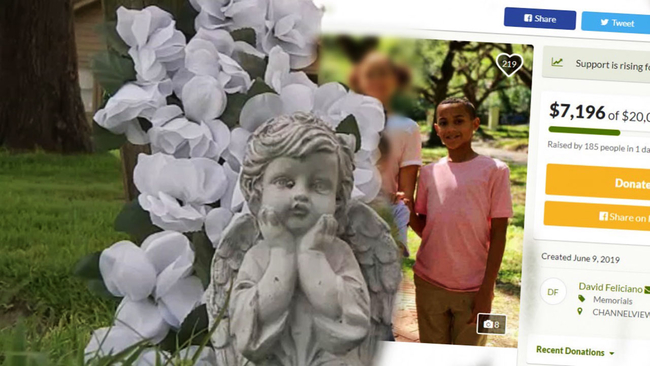 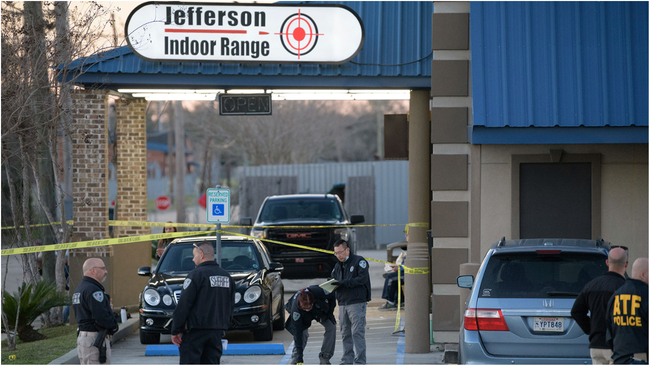 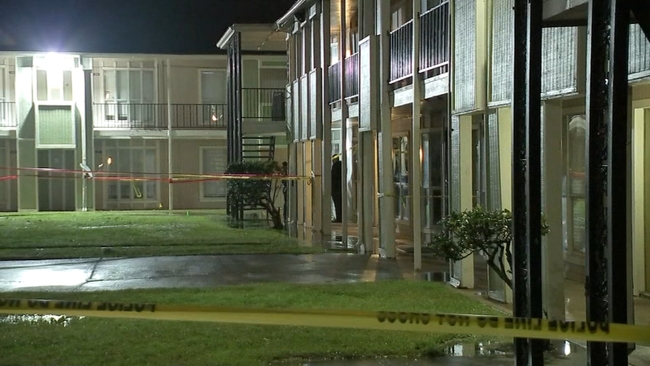